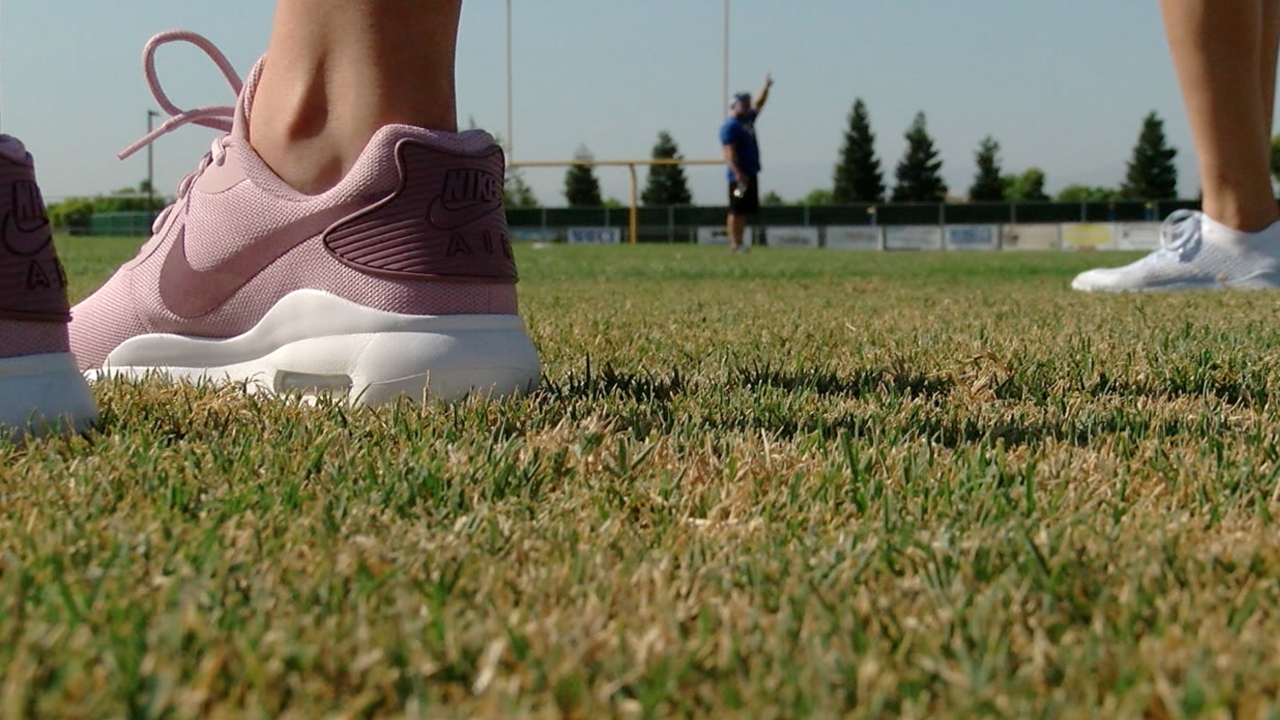 BAKERSFIELD, Calif. — Along with Garces Memorial, Kern County's other private high school, Bakersfield Christian has also opened its door for the return of select sports teams beginning last week, including volleyball, the cheer squads and the boys and girls basketball teams.

It may not be the volleyball workouts Bakersfield Christian would like to be doing at this time of the year but team conditioning on the football field is still somewhat of a return to normal for these ladies.

"It's definitely different but I feel like getting the start after everything that's been happening is good for us," Ashley Herman BCHS junior outside hitter said.

A welcomed feeling for coaches, too.

"Any kind of normalcy we can do feels good," Matt Touchstone, BCHS Head Volleyball Coach said.

Touchstone having some fun with his face shield recognizes the importance of getting the team together even if just for conditioning at this point.

"Them feeling okay things are kind of getting back to normal, just a smidge, it's just every little bit helps with their mental health and feeling good about what's coming," Touchstone said.

Along with Garces Memorial, the Eagles have returned to campus for team workouts while following safety guidelines including temperature checks, social distancing and not being able to share equipment which means not using a volleyball.

"Yes, maybe we’ll be a couple steps ahead, you know, in terms of the workouts and all that but everyone's going to be at a disadvantage not being able to touch a ball for a significant amount of time that these girls have never had," Touchstone said.

For now, the team will focus getting back in shape while they wait to hear from the CIF later this month if there even is a season to prepare for. Something that's keeping junior Ashley Herman motivated.

"A lot of us are really waiting for the season to come back and we're very excited and anxious. So I feel like it's gonna be a lot more exciting when we do come back," Herman said.

"It's a lot, and so we try to stay positive and, you know, we'll see what they say July 20 and hope for the best," Touchstone said.

"Just hoping the season will come back sooner rather than later," Herman said.