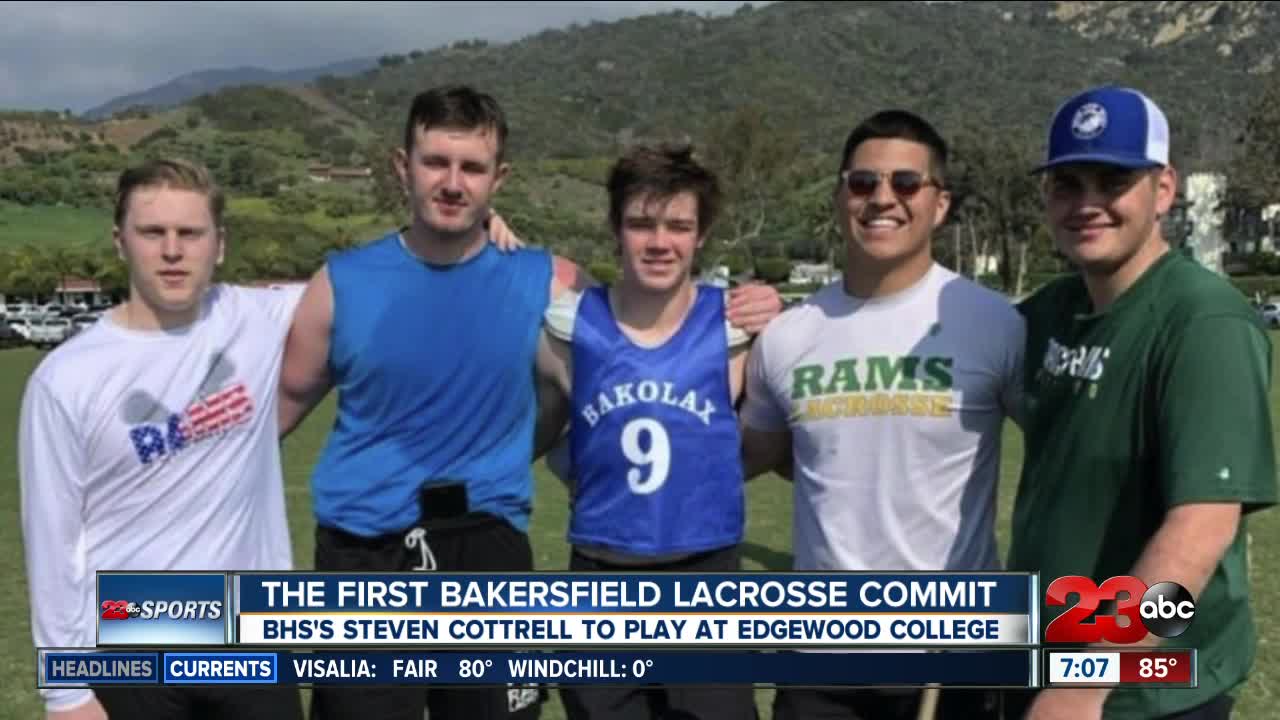 BAKERSFIELD, Calif. — Football, basketball and soccer predominantly run the high school sports scene in Kern County. Dozens of athletes commit every year to play these sports in college, but a new sport is creeping into the picture.

Steven Cottrell from Bakersfield High School has become the first Bakersfield Youth Lacrosse League player to receive a scholarship to play the sport at the next level.

“Pretty crazy to think that I just jumped in the sport and now I actually got an offer to go continue it," Cottrell, who began playing just three years ago, said. "I always would’ve thought it would’ve been like basketball or football, but it just turned out to be lacrosse.”

Cottrell began playing for the Garces Memorial High School club team when he attended the school his freshman through junior years. He still played after transferring to BHS and received a text from a coach this past January that got him thinking about playing in college.

“I would’ve never thought that this sport would actually have led to me being able to play at college or play lacrosse in college, like I never would’ve thought that.”

He will now head to Madison, Wisconsin and play at Edgewood College in the program's inaugural season.