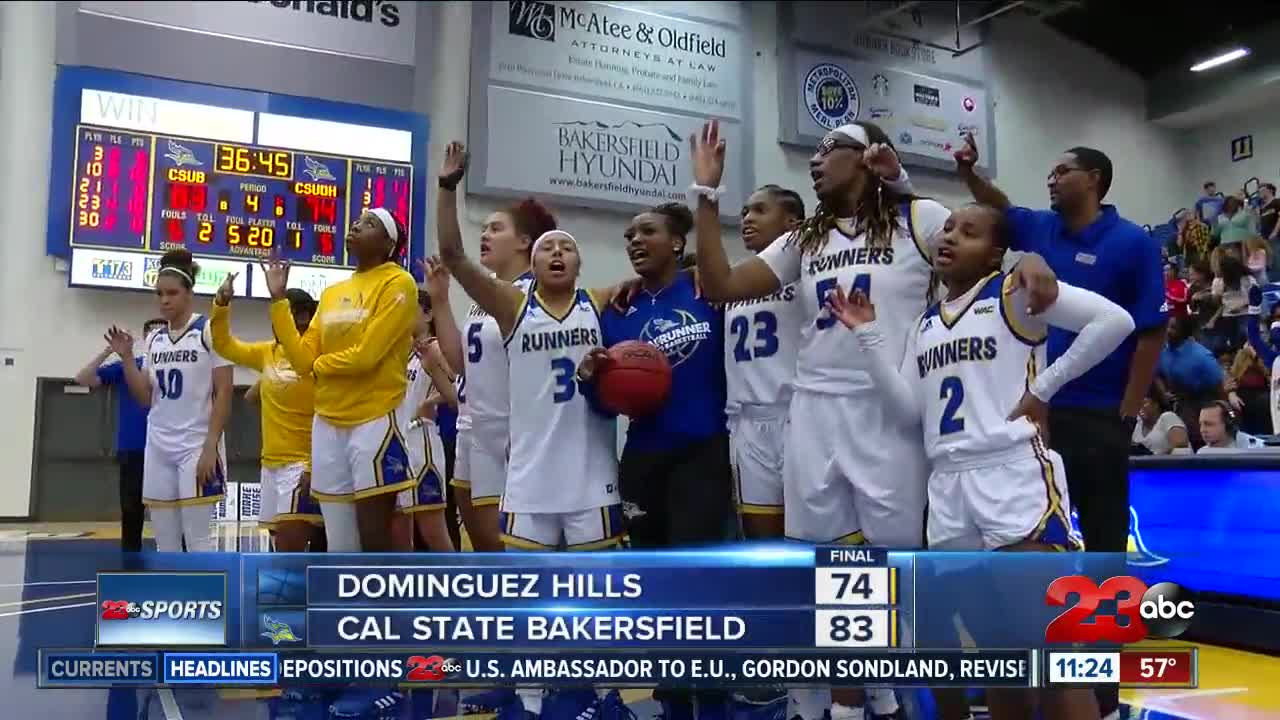 BAKERSFIELD, Calif. — Both Cal State Bakersfield basketball teams impressed in their home openers on Tuesday night with the women defeating Cal State Dominguez Hills 83-74 and the men following with a record-setting 103-51 win over Notre Dame de Namur at the Icardo Center.

The men quickly turned a 20-point lead into a 40-point advantage before surging to a 103-51 victory over UNDN. The triple-digit point total is CSUB's highest score on opening day in Bakersfield's Division I era.

The men will host South Dakota State on Saturday, while the women will be heading North for a pair of tough road contests at Washington (Nov. 8) and Gonzaga (Nov. 10).