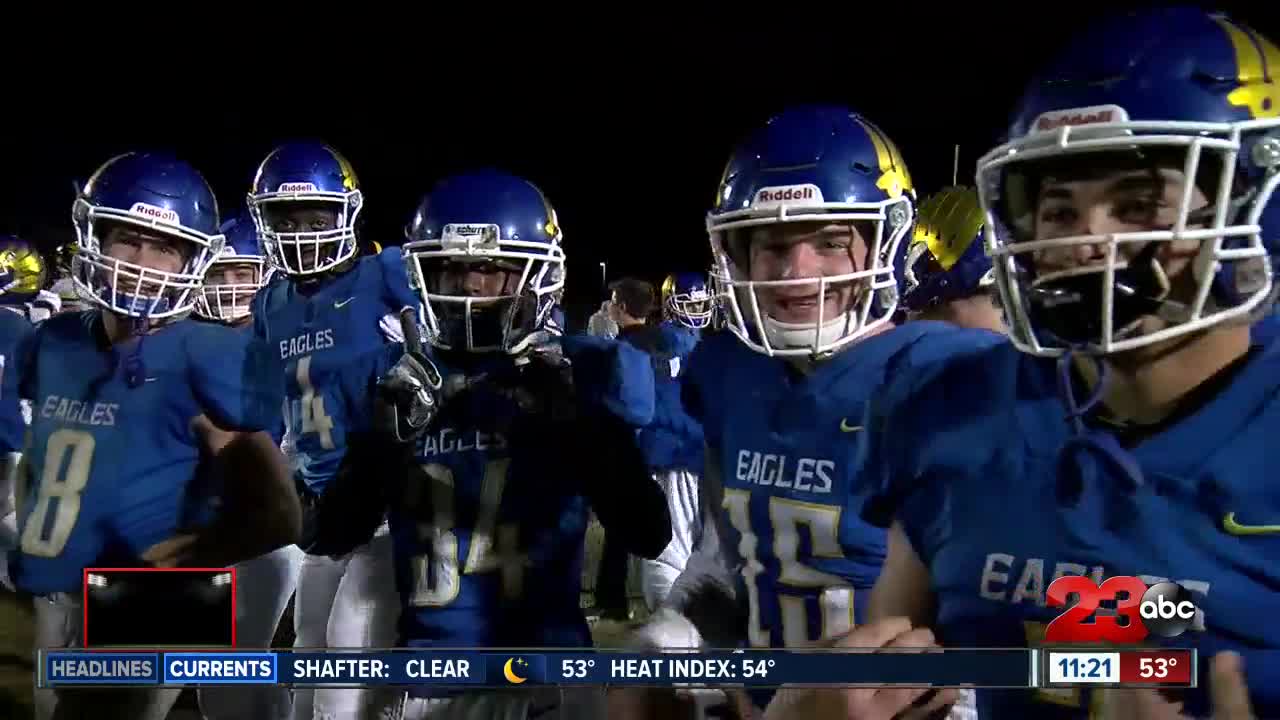 BAKERSFIELD, Calif. — Kern County started off the valley playoffs with plenty of teams but when the Central Section Semifinals rolled around only four county teams survive to play.

In Division One, No. 3 Liberty Patriots were on the road for a rematch against No. 2 Buchanan, but without starting quarterback Haden Mann and receiver Ramon Henderson, the Bears would get the best of the Patriots beating them 27-0. The Pats end their season with their fifth straight league championship and with a 10-3 overall record.

In Division Three, No. 2 Bakersfield Christian was the only team hosting in town, facing No. 3 San Luis Obispo. The Eagles used a dominant defense, completing six interceptions, and a fluid offense to beat the Tigers 35-14 and advance to their second straight valley championship.

In Division Four, No. 6 Kennedy was on facing No. 2 Selma in Sanger. The Thunderbirds looking to continue their postseason momentum after two losses to end the regular season but the playoff ride fell short as Kennedy lost 27-7.

In Division Six, No. 2 Cal City was hosting No. 3 Orosi. The Ravens would fall 23-12, ending their season 10-3 and with a league championship.

For a full list of scores from around Kern County, check out our 23FNL High School Football Scoreboard !