King of the Cats: Taft and McFarland begin new rivalry 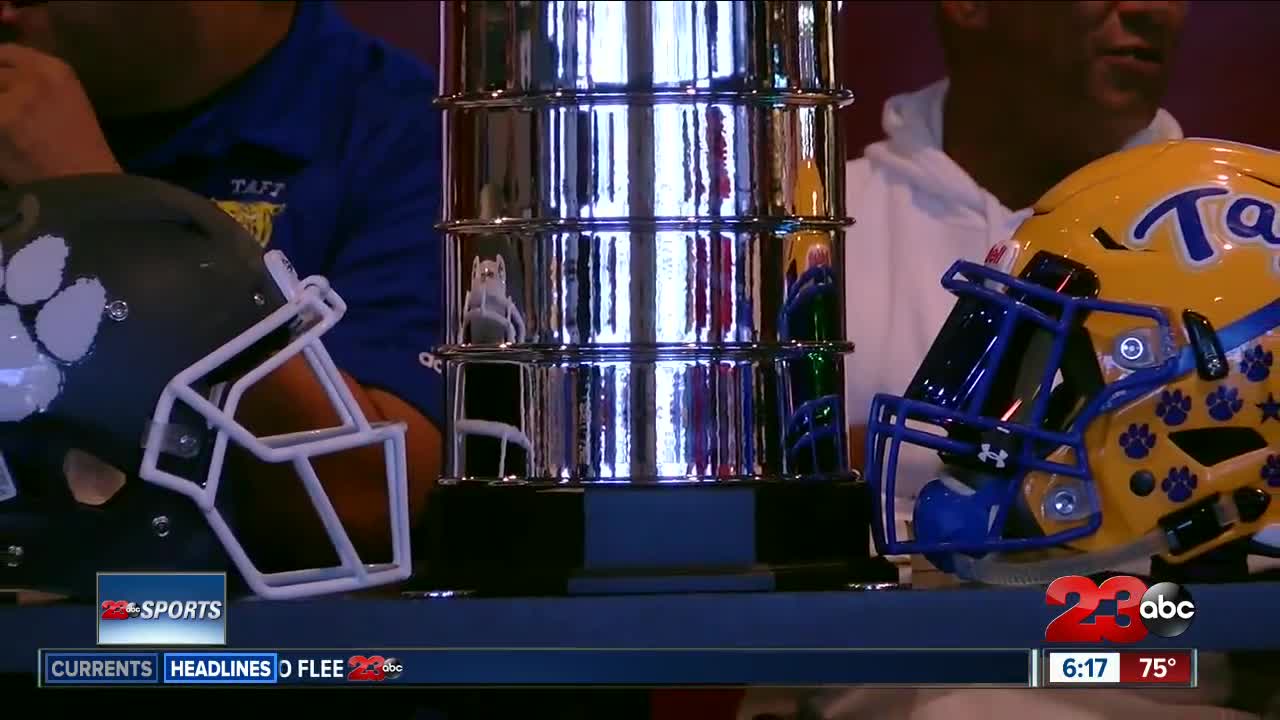 BAKERSFIELD, Calif. — Taft and McFarland High School wanted to be rivals on the football field. However, they didn't want it to begin with any bad blood.

Instead, the two schools met over breakfast at J&M's Bar and Grill on Thursday morning to commence the "King of the Cats." The idea is that both towns are similar in size and attitude. Not to mention, Taft head coach George Falgout and McFarland's Casey Quinn have coached against each other for more than a decade, dating back to their days in Fresno.

"It's about teaching those young men and women, about sportsmanship," said Thomas Yasenchak, McFarland's athletic director. "How to handle a rivalry with respect is the underlying lesson."

For most of these players, they have never played in a true rivalry game.

"I think it's really awesome, first rivalry here in McFarland I believe," said McFarland senior Devin Dimas. "First set rival and it's gonna be fun, it's going to be a good outcome."

Eating breakfast with your new rival and opponent could get a little awkward, but they all took it in stride.

"You know it was nice," said Taft junior Frank Rosche. "It was nice to actually get to know the players before you play them. Kind of trade tips and what you can do better."

The game will kick off Friday night at 7:30 p.m. in McFarland. You can see the score of the game with highlights on Friday Night Live, airing every Friday at 11:10 p.m. on 23ABC!