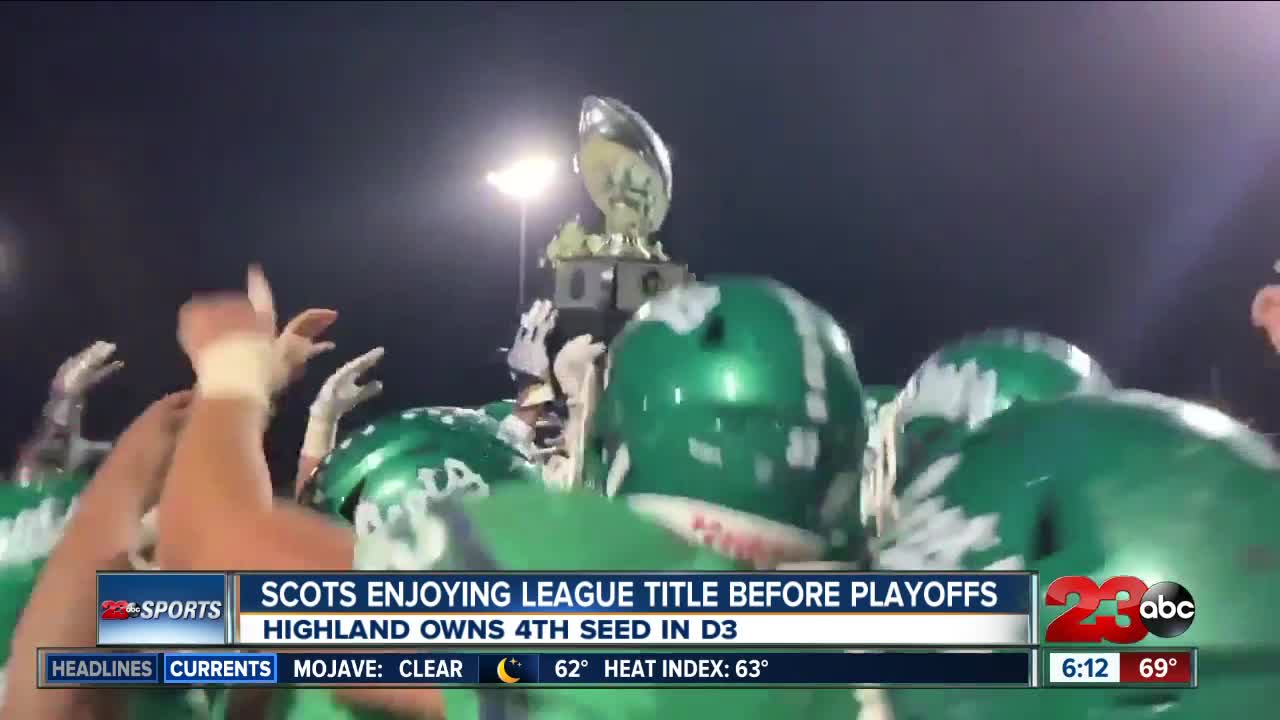 BAKERSFIELD, Calif. — The Highland Scots have become quite reliable since Michael Gutierrez took over in 2014.

Since his arrival, the team has never missed the playoffs. But for the first time ever they can call themselves outright Southeast Yosemite League champs.

“It’s good to see these young men, we told them, all the work they put in, it’ll payoff," Gutierrez said. "You do things the right way, if you keep working hard, and you saw it pay off for them Friday.”

The Scots won a league title in 2017, but it was split three ways with North and South. With the win over East on Friday night, this one is all theirs.

“It was big for us, especially for winning league and taking it for ourselves and not sharing it," senior wide receiver Nick Salas said. "It was big for us and it helps us going into playoffs with our seeding.”

As Salas said, the focus now shifts to playoffs. The Scots earned themselves a bye week as the number four seed in the Central Section CIF Division 3 bracket.

They’ll have the task of taking on Golden West when they get back on the field.

“As an opponent, we’ve seen that they're physical," said junior quarterback A.J. Cleveland. "I mean they’re not gonna be easy to roll over like some other teams we’ve faced. They’re gonna give us a challenge and we gotta accept that and do better than them.

Another plus for this team is playing at the Scotland yard. They’ve only had one home playoff game in Gutierrez’s tenure.

“I think it’s like the third or fourth home game that Highland’s ever had so that's a pretty cool thing for these guys to say they’re apart of," he said.

Coming off seven straight wins, all eyes will be on Highland come Nov. 15.