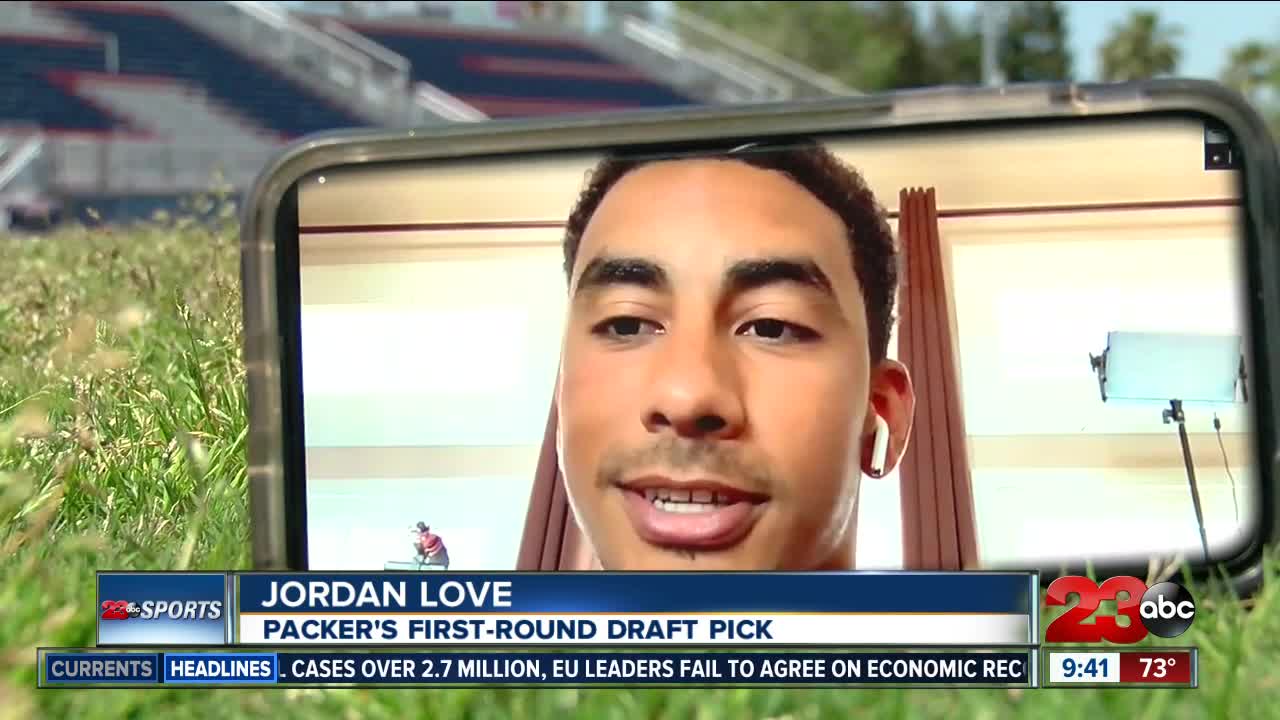 BAKERSFIELD, Calif. — If someone ever made a yearbook for all the Bakersfield athletes who have gone on to the NFL it would end up being a pretty thick year book.

One could start it off with former Driller and New York Giant Frank Gifford who happens to also be an NFL Hall of Famer.

Then after Foothill's Joey Porter, a couple of Carr brothers, you'd end up with the NFL's most recent pick-up from Bakersfield, Liberty's Jordan Love.

All together more than 50 players would end up on that list with Love just being the latest. Ahead of the draft, the recent Utah State quarterback reflected on the talent from his hometown.

"We got a couple quarterbacks here with the Carrs," Love said. "It's cool to be the next next person, you know making it big, so it's super, super humbling and just, you know, big time to put the city on the map."

That's something Bakersfield native and Independence grad D.J. Reed has been doing since joining the San Francisco 49ers after the 2018 NFL Draft.

"No matter what high school, they came from the like, you know, they from Bakersfield, if I'm with somebody, like they're from '661'," Reed said.

"Most of the guys that i know that made it out, didn't have like a clean slate. They weren't a five star coming out. They didn't start right away in college, you know, they have to really work for what they got," Reed said.

"Being from Bakersfield and then also going to Utah State, you know, another smaller school with kind of the same situation all over again. So, I definitely carry that chip on my shoulder," Jordan reflected before hearing his name called in the first round last Thursday.

Love's former high school coach knows all about that mentality coming out of Bakersfield.

"I think it's a wonderful big little city," Liberty Head Coach Bryan Nixon said. "It’s still little enough that everybody knows everybody and they all have aspirations of playing high and i think it's one of the things that is that blue collar attitude, the hard worker mentality."

Nixon would know having coached many players into the next ranks of football and two of the most recent quarterbacks to enter the league, Centennial's Cody Kessler and now, Love.

It's small town vibes with big city dreams and it was David Carr who may have started it all for many recent NFL hopefuls after going number one overall in the 2002 draft.

"It seems like sports is an avenue and a way to make the most of what they are doing, there’s a lot of talented kids here and a lot of good quarterbacks," Carr said.

And, now Love is just another one to make it out of his hometown and into his NFL dream, going 26th overall in the first round of the 2020 NFL Draft to the Green Bay Packers.