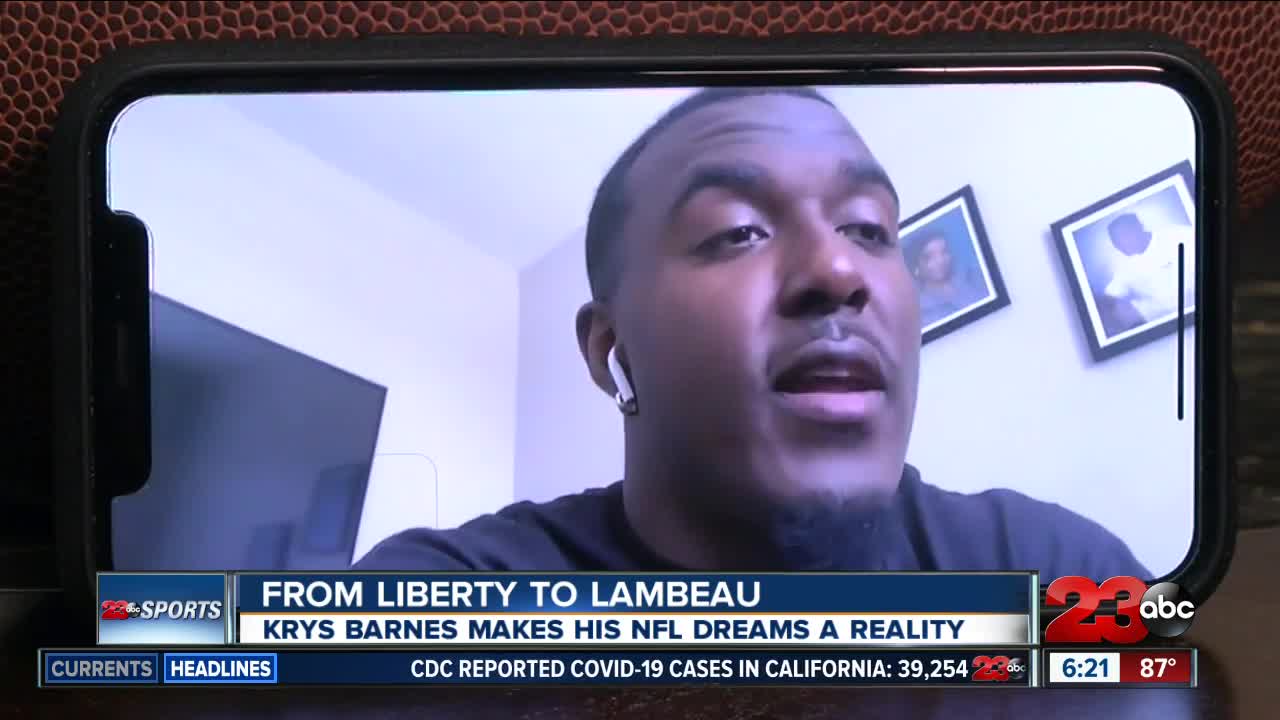 BAKERSFIELD, Calif. — From Liberty High School to Lambeau Field, Krys Barnes has made his NFL dream a reality.

The Former Liberty Patriot and UCLA Bruin signed an undrafted free agent contract with the Green Bay Packers on Saturday.

“It's a great feeling and I feel great today knowing that I’m a Green Bay Packer, and there's no better feeling," Barnes told 23ABC. “It was like a relief, a big relief, a weight lifted off my shoulders, kinda sitting there watching the draft, all the way through the last pick. “

The linebacker heard 255 names called in the NFL Draft, none of them being his. He even heard his high school teammate, Jordan Love, hear his name called in the first round Thursday when the Packers drafted him with the 26th overall pick.

“You know, it's just all fuel in the fire through all 7 rounds," he said. "So all the other 31 teams who didn’t pick me and passed me up, I will go out there and show them what they missed on."

Barnes said that the Minnesota Vikings, Houston Texans and Los Angeles Chargers were all in the mix of teams he was considering signing with. At the end of the day the Packers were the logical fit for him.

The two parties have been talking for at least two weeks, and Barnes had to make his decision without Love in mind.

“I had to take him out of the equation," Barnes said. "For me, ya know I had to make the best decision for myself in the moment and without Jordan even in the equation, it was still a great opportunity."

So he took it. Now, the two former Patriots that led Liberty to a Division 1 Sectional Championship in 2015 will have a crack at making the roster together, a dream that dates back to before that championship year.

“Every kid talks about it growing up," he said. "We definitely spoke about the NFL, we’ve talked about it throughout college ya know, throughout our little conversations here and there."

Bakersfield is home to many Raiders fans, especially with Derek Carr on the roster, but with their move to Las Vegas and two locals playing in Lambeau, one might wonder if Kern County will become "Green Bay West."