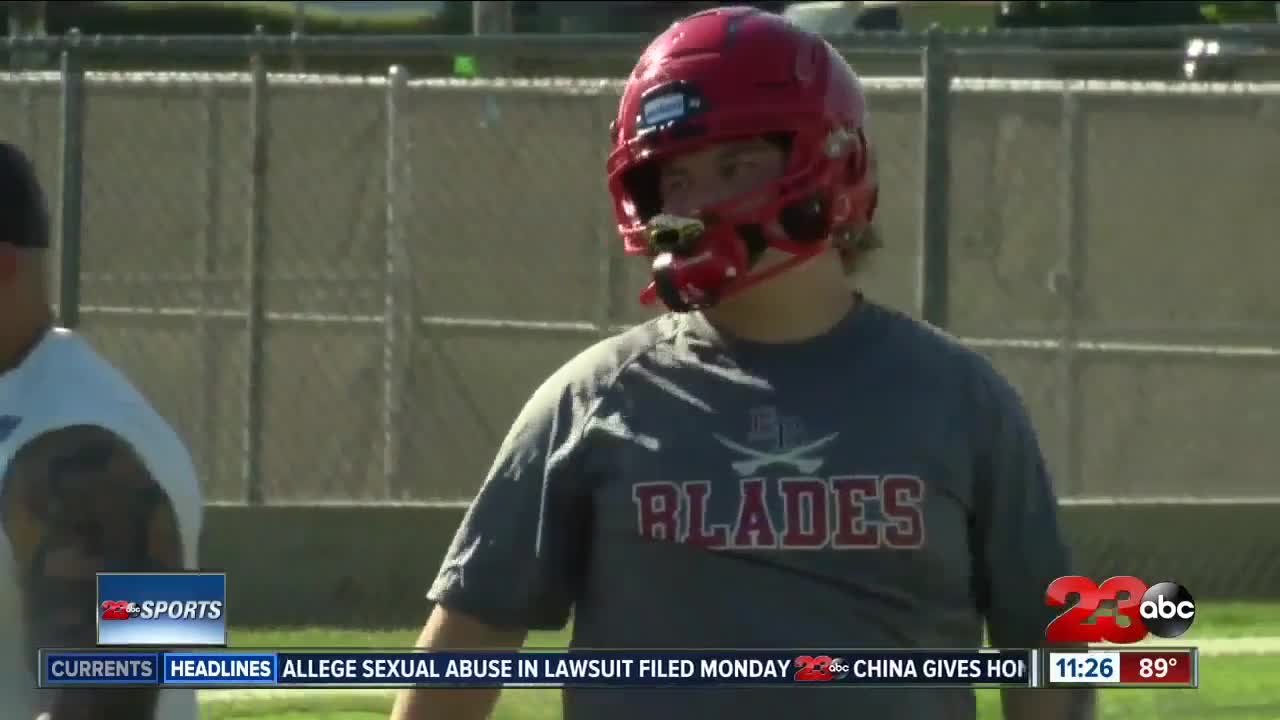 BAKERSFIELD, Calif. — East Bakersfield High welcomes in coach Kasey Tittlemier who comes from an assistant position at Centennial High School. Tittlemier who was hired in June is looking to capitalize on a Blades team that found success in league play (4-1) after a slow start to their season in 2018. And, he's hoping the quick transition turns into a longer impact.

"It's not fair to them sometimes when they've had so many up and downs with coaches,” Tittlemier said. “And, so I wanna be that guy who is going to be here for a while for them. And really get them to buy in to how I do things and the coaching staff as well."

His players are also adjusting to the major change on the coaching staff.

East went just 5-6 overall in 2018, but they hope that with a new coach comes a new culture and more wins. Tittlemier will start the season relying heavily on his returners to provide the right example for younger players.

The Blades are looking at the new leadership as they take on another team taking on a new head coach, Golden Valley. East opens the season on the road on August 23.