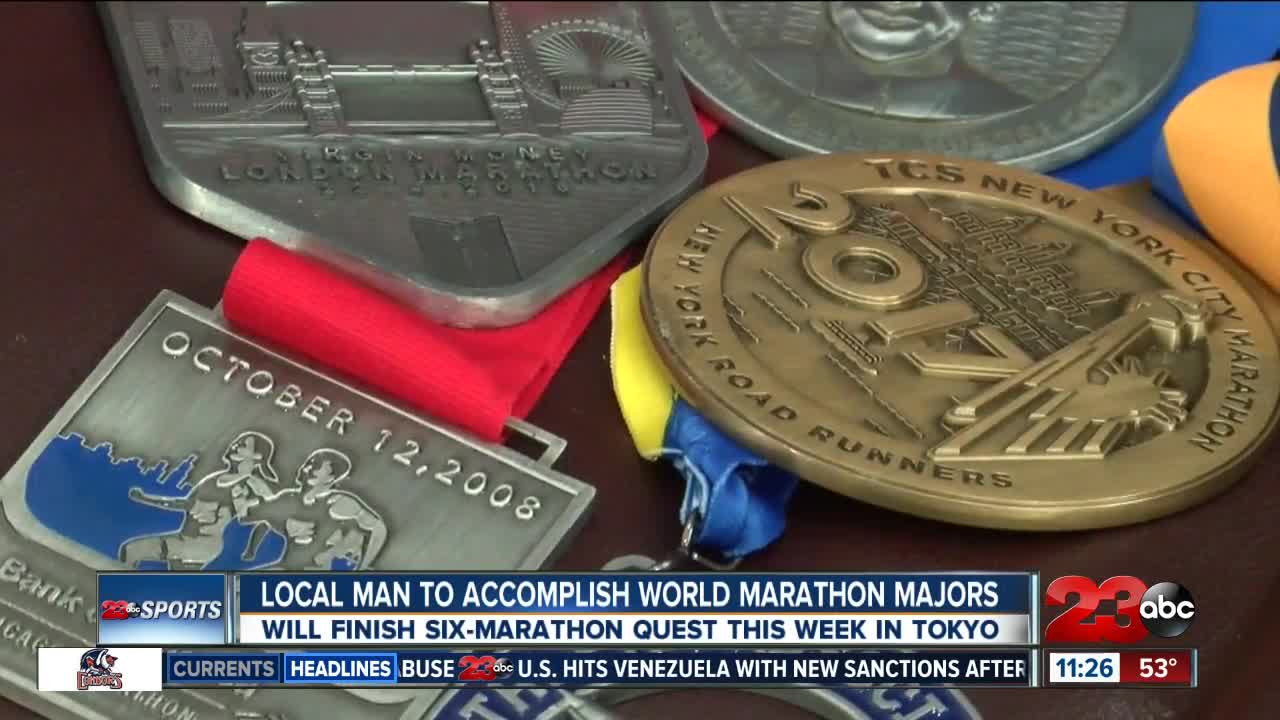 BAKERSFIELD, Calif. — One man is finally completing his goal of competing in all six major marathons, known as the Abbott World Marathon Majors.

The quest started in 2008 for 63-year-old Creigg Weinmann. The quest consists of six of the largest marathons in the world starting with Chicago, then Boston, New York, Berlin, London and finally, Tokyo.

Weinmann says he is training everyday for this final marathon. He says he has been running for 1,071 days straight, at least 50 miles a week.

According to the World Marathon Majors page, Weinmann will be one of nearly 2,000 people to ever complete the quest.

"It's still a pretty select group," said Weinmann. "I mean even it was 4,000 out of a million people that would be pretty outstanding. So, it's an accomplishment and it's worth pursuing."

The final marathon will be held on Sunday in Tokyo, Japan.