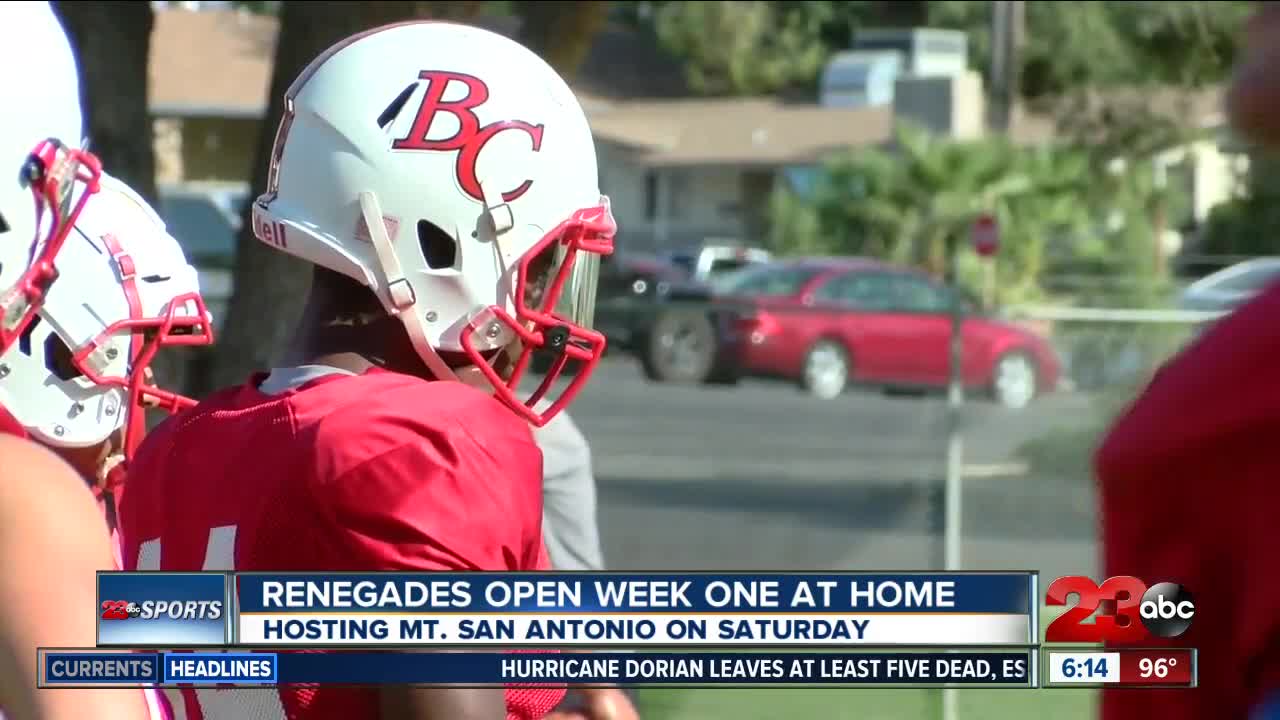 BAKERSFIELD, Calif. — Heading into the 2019 season for the Bakersfield College Renegades football team was ranked 16th in the state for the Junior College Athletic Bureau's Poll.

But we know Head Coach Jeff Chudy isn't worried about preseason rankings, he's been busy getting his guys ready for the new year. A roster, released on Tuesday, that only boasts five players from outside of Kern County.

Still a big question mark following up from the 2018 season is the quarterback group. With the return of Bakersfield Christian's Braden Wingle who gray-shirted in 2018, it appears as if Wingle leads the competition between him and East Bakersfield's Richard Lara and sophomore Larry Harrington from North Carolina.

That decision may not be made until closer to game day, but Chudy overall has been impressed with the humility of this young group.

"I think the good thing is is that these guys really play for our team, they are not selfish, me guys. I don't sense any kind of friction whatsoever," Jeff Chudy said. "There's a lot of ego involved in playing the position and these guys have handled everything really well."

The team hopes to get some time on that new turf this week before Saturday's season opener against Mt. Sac at Memorial Stadium.