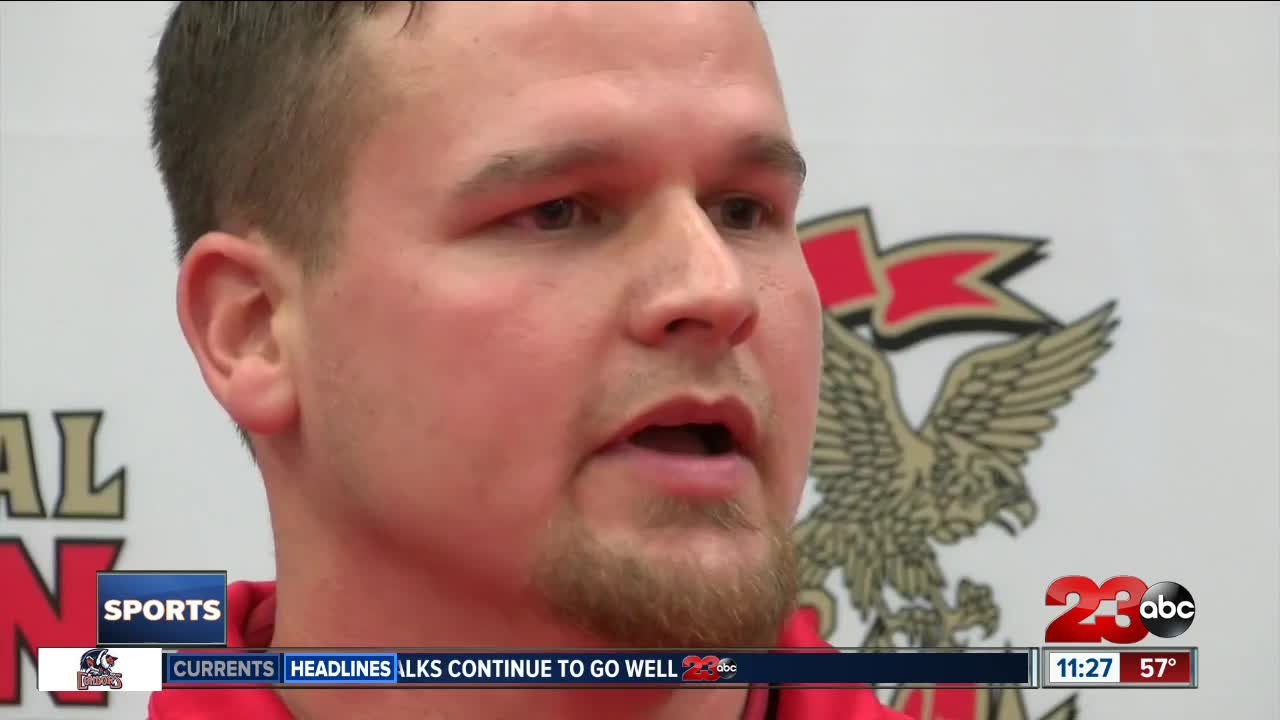 Starrett is joining the Golden Hawks after a stint of coaching in Texas as an offensive coordinator. This will be his first head coaching gig, something he's looked forward to since the age of seven.

The Milford-Texas native is looking forward to bringing the G-Hawk football program back to prominence and was intrigued by the history at Centennial.

Although, family connections brought him to Bakersfield, that tradition at Centennial was what sealed the deal for Starrett. Morgan Starrett, RIchard's wife, was a Liberty High grad.

Starrett will take over for Chad Brown, who stepped down after a 6-5 campaign in 2018.