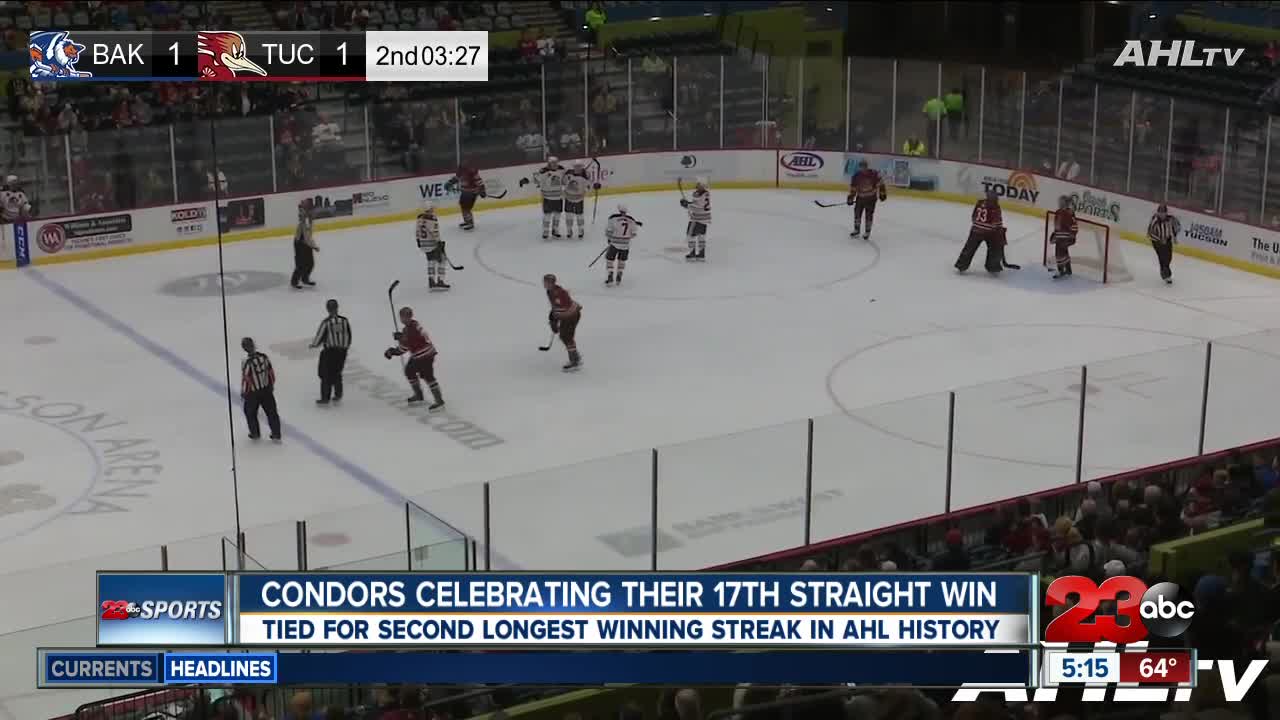 BAKERSFIELD, Calif. — The Condors are back in Bakersfield after a history-making win Monday night.

The Bakersfield Condors hit the road against the Tucson Roadrunners. The Condors battled hard in the second period to take the lead with a Joe Gambardella goal. Tyler Benson and Patrick Russell also scored.

The Condors defeated the Roadrunners 3-1.

"It just shows that every year we come together and we battle in any given night," said Gambardella. "We know nothing is going to be given to us. So, we’re just ready to work for a 60-minute game day in and day out."

With that victory, the Condors extend their winning streak to 17 and are now tied for the second longest win streak in AHL history.

“Not many people can say they’ve done this in a sports career, win this many games in a row," said Lowe. But, it says a lot about our group and how we’ve come prepared and stay focused throughout this whole streak.”

In addition to the win, the Edmonton Oilers reassigned Brad Malone and Josh Currie on Monday. They will now be eligible for the playoffs and the Condors say, hopefully the regular season.

But for now, the Condors are happy to be back on home ice.

"I'm glad to be back in front of our home crowd," said Gambardella. "I'm sure they're excited as well and it’s always fun playing at home, especially in front of this crowd. Its' almost like we have a 6th man out there on the ice with us.”

The Condors will be going for their 18th straight win at Rabobank Arena on Friday as they host Iowa Wild. The puck is set to drop at 7 p.m. They will also play San Jose Barracuda on Saturday at 7 p.m.