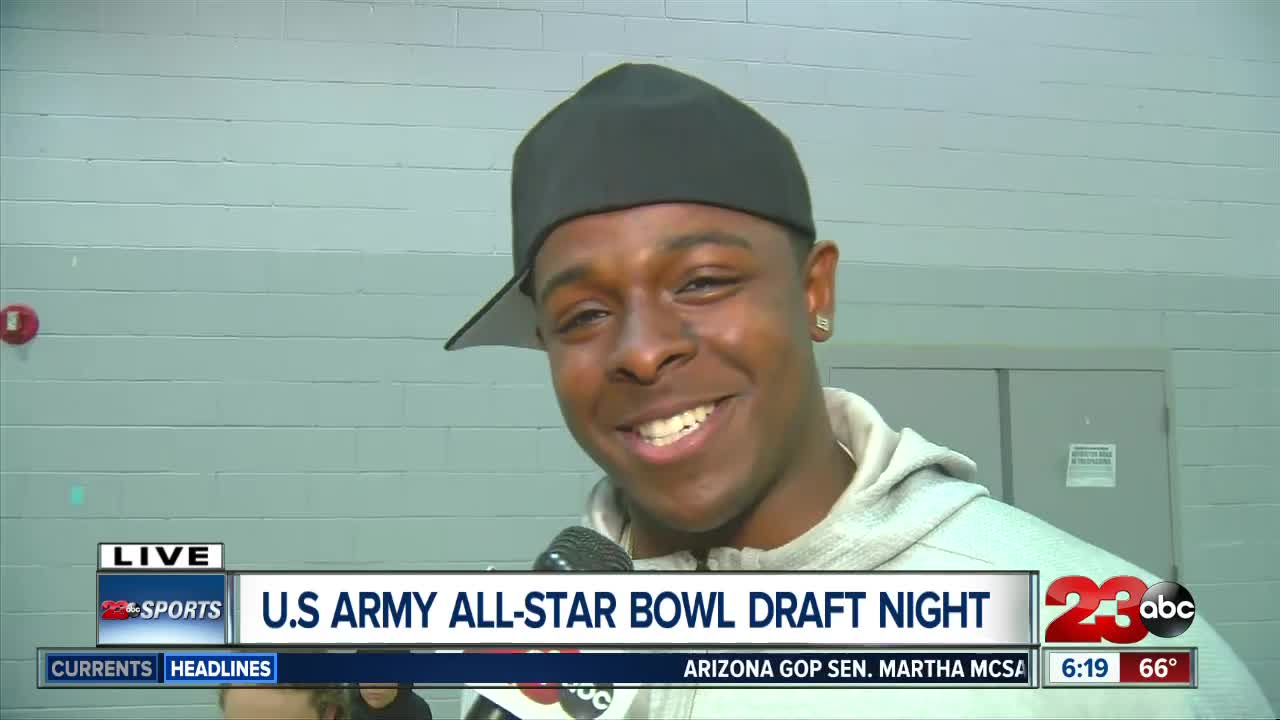 BAKERSFIELD, Ca. — On Wednesday night 52 players were drafted for the 18th Annual U.S. Army Senior Bowl that will be held at Rabobank Arena on April 26.

Seniors from every Kern County school will be represented in this one-of-kind all-star game as it's the only senior bowl in the country to be played in an indoor arena.

These elite players were split between two teams, with the Gold squad being led by Mira Monte Head Coach Christian Johnson and the Black squad led by Frontier head coach Chris Bandy.

You can find more info on the game and the teams on the Bakersfield All Star Bowl website.