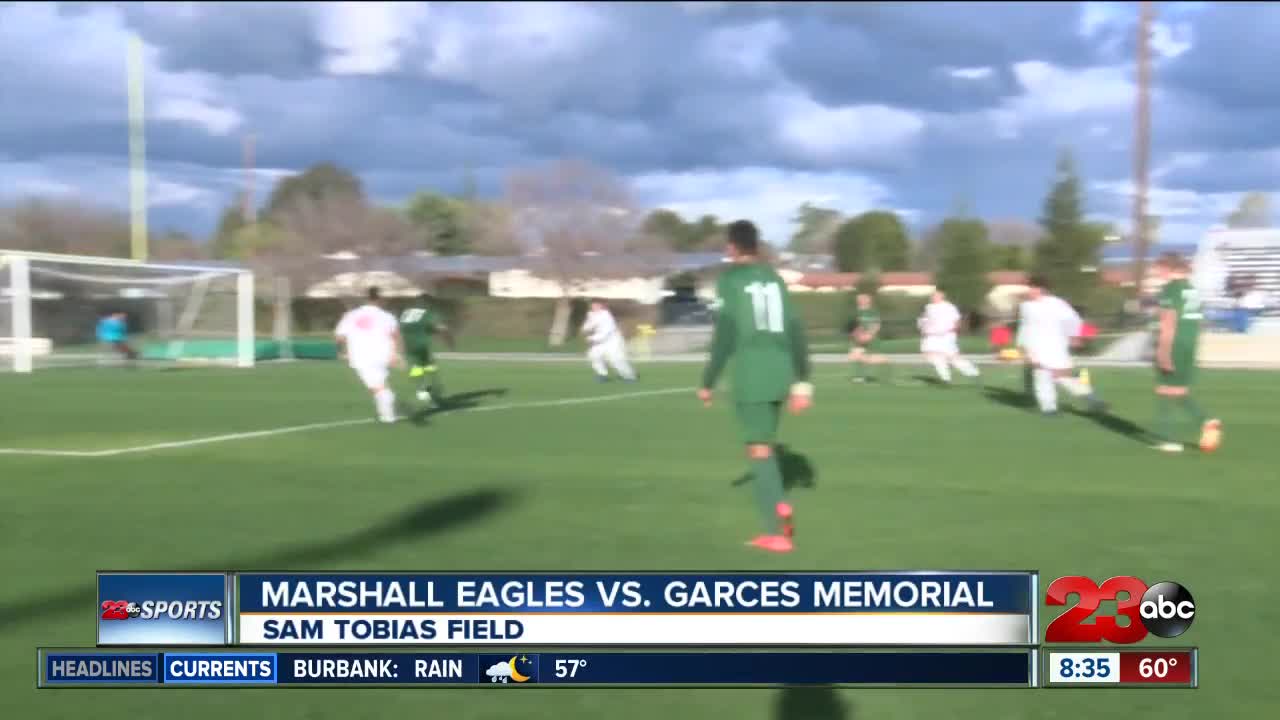 BAKERSFIELD, Calif. — The Garces boy's soccer team clinched the SoCal Regional Title on Saturday after defeating the No. 2 Eagles from Pasadena, 2-0.

It was a hard fought battle in the first, both teams went scoreless. But, 90 seconds into the half, Ebubechukwu Ekpemogu came through with a goal to give the Rams the lead. He was also able to find the back of the net a second time to lead his Rams to a 2-0 win.

"We couldn't finish our chances in the first half and in the second half it was just a matter of who wanted it more," said head coach Robbie Gouk. "They wanted this since Day 1, they worked for it and they earned it."