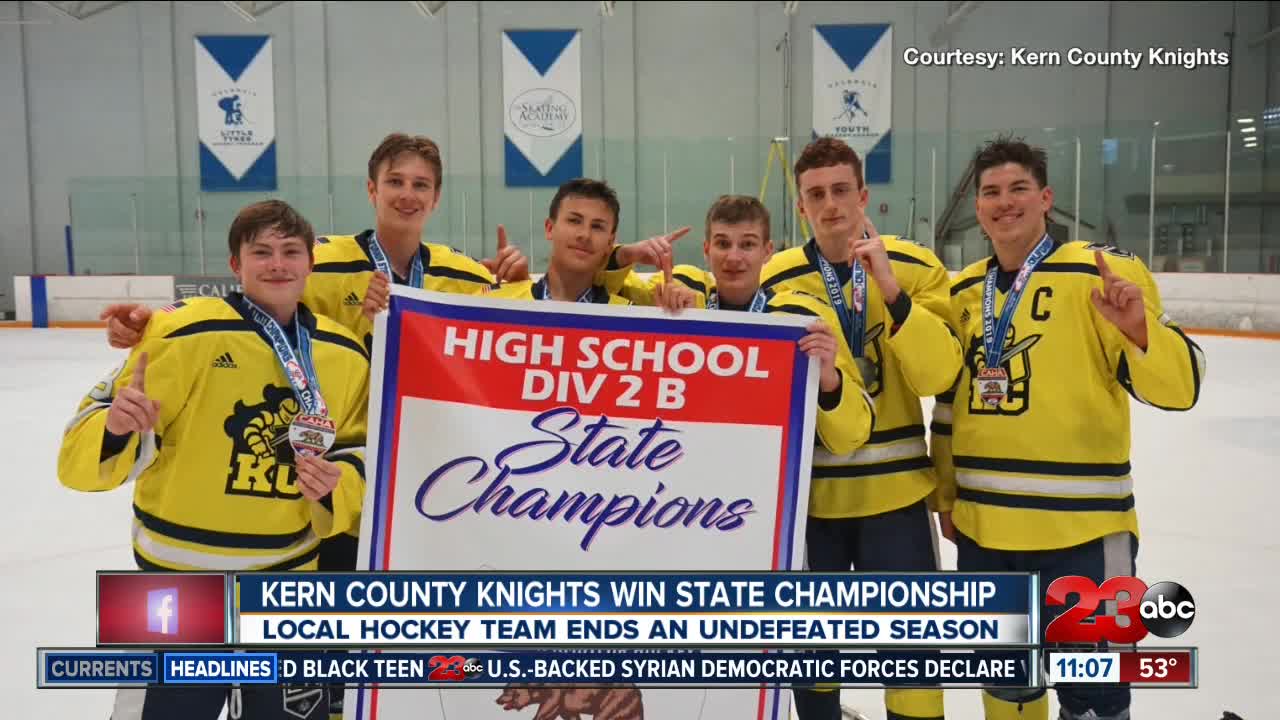 BAKERSFIELD, Calif. — The Kern County Knights capped off a perfect season tonight with a 5 to 0 win over the Burbank Cougars for the state championship.

The team competed in Division 2B in Valencia on March 23-24, taking on other high school teams from across the state.

The team was formed four years ago and won its first league championship in March, as well—now adding a state title to an undefeated season.