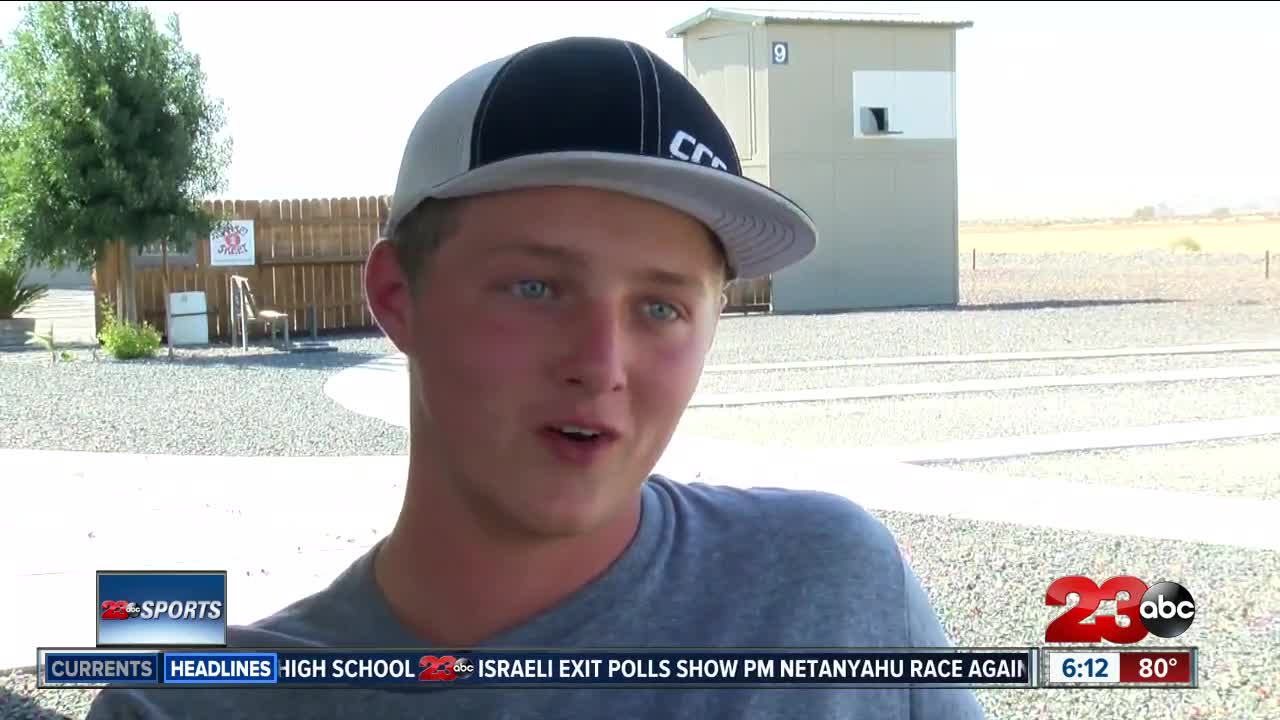 BAKERSFIELD, Calif. — Joe Fry, 15 years-old, spends a lot of his time off the beaten path off Taft Highway. Settled on a range at the Kern County Gun Club, Fry is becoming one of the finest skeet shooters in the world.

“Last year, I won the 4 by 10 state championship and I was the youngest champion in California," he said. "The year before that I won a World Title as a Sub Junior and this year I won the 4 by 10 again at state and I won the 12-gauge.”

Cliff Bolt, his coach and a hall-of-famer at the Kern County Gun Club, admits that at 15, Fry is doing things that took him much longer to accomplish.

“He’s a AAA shooter across the board at 15 years old," he said. "I’ve been shooting skeet for 50 years, I accomplished that feat one time for about three or four years in a row.”

Fry and Bolt met five years ago when Joe's grandfather George took him out to the range. It was suggested to Bolt that there was something special about Joe. It didn't take him long to see why.

“We met out here on a field and he had a 20 gauge shotgun that didn’t quite fit him," Bolt said. “We shot several targets over at station seven and I don’t think he missed a target.”

Since then, Fry has been bringing home medals and trophies left and right. He has been welcomed into the fraternity of men who have been dubbed legends at the club. That includes Smokin' Joe Adams, a youth instructor and member of Joe's team.

"I was always Big Smokin' Joe and he was always Little Joe on our squad," he said. "Pretty soon its gonna be Joe and Joe. He’s just a super good kid. He’s very polite, very kind, he has 100 percent respect.

Entering his sophomore year at Garces High School, Fry is set on continuing to shoot and even trying out for the soccer team. At the end of September, he will travel to San Antonio for the World Championship and try to bring home more hardware for the club.