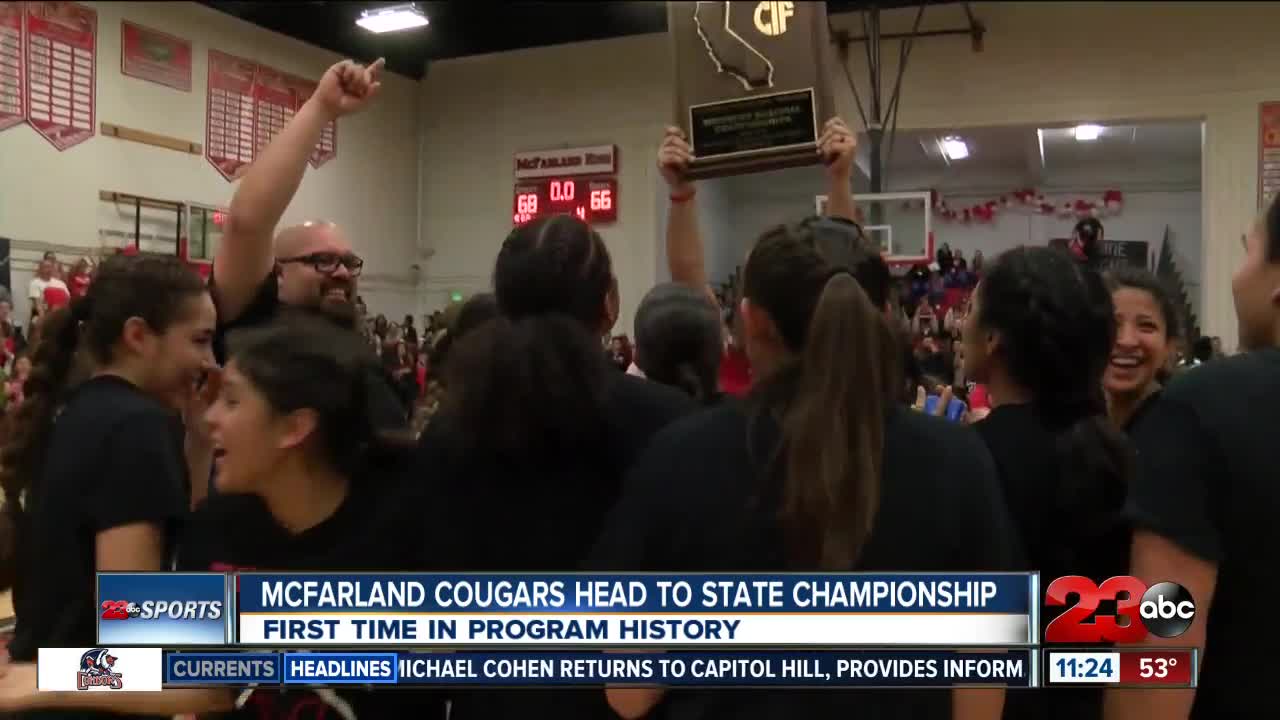 MCFARLAND, Calif. — McFarland High School’s girls’ basketball team is on a historic run to Sacramento after a comeback win against Palisades Tuesday night in the SoCal Regional Championships.

The girls punched the program’s first ticket to a State Championship with a 68-66 win.

“God is the author of our story and so far, so good. No complaints,” said head coach, Johnny Samaniego.

The Cougars are also now one of three Kern County girls’ basketball teams to ever do so.

“I’ve always been proud of this team since the moment I stepped onto this court,” said captain Neli Diaz. “I couldn’t be more proud of my girls, staff, our fans, without them, none of this would have happened.”

The McFarland Unified School District canceled all classes on Friday in support of the Cougars.

In a statement the district says this is “once in a lifetime” and would like to show their “unified support.”

“It’s neat,” said Samaniego. “I think this is the first time in school history. I tell the girls they shut down the school.”

Just like the Cougars plan to shut down the State Championships.

McFarland will play the NorCal Champion, Oakland on Friday at 2 p.m. in the Golden 1 Center in Sacramento.