McFarland Cougars savor the moment of their state championship run 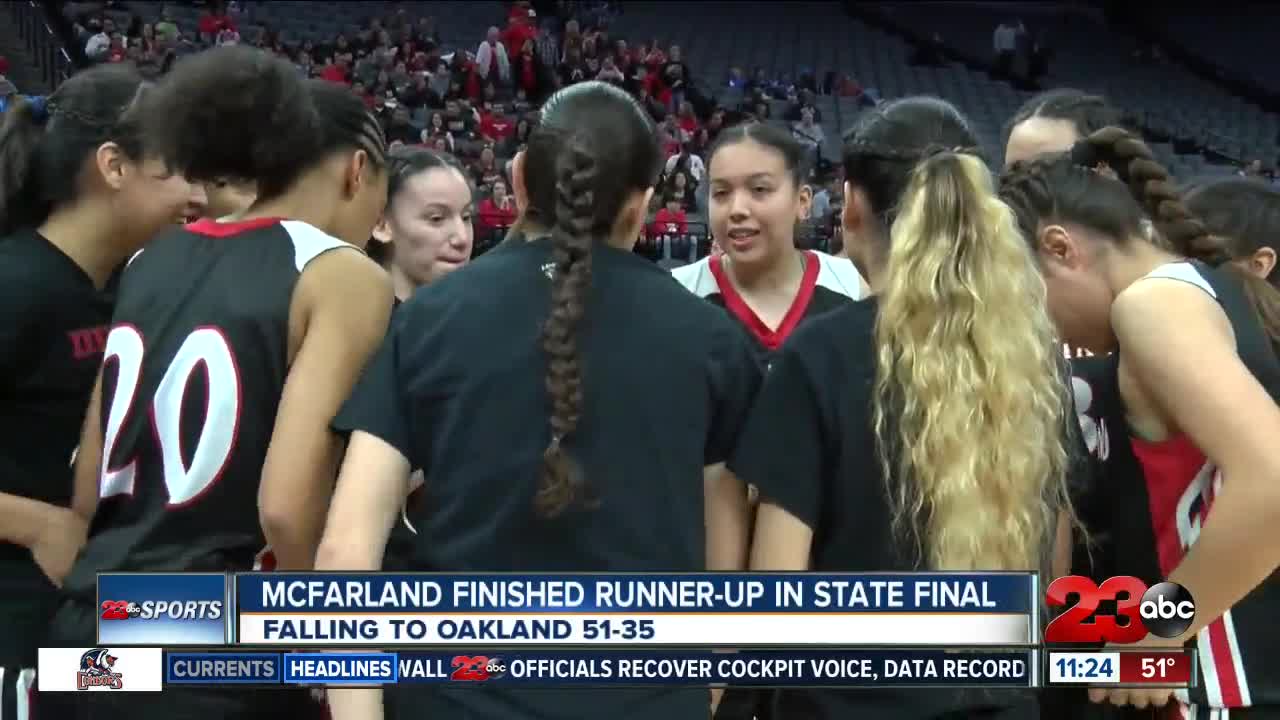 SACRAMENTO, Calif. — McFarland Cougars finished a historic run in the state playoffs with the program's first ever appearance in the state championship. They would fall to Oakland, 51-35, taking home second place in Division III, but the team reflected on what it meant to play in a state title game and garner the support from the community of McFarland.

"Even though we lost, or even if we would have won, we know we would have had support no matter what," senior Neli Diaz said. "It was just an amazing feeling we will never forget."

It was an especially unique moment for head coach Johnny Samaniego, who had won a state championship as a cross country runner for McFarland in 1987 and was hoping to lead his team to a new title in girls basketball.

"With that in mind, I wanted the girls to experience and enjoy, and just experience the whole ambiance, and they did," Samaniego said.

He hopes that another trip to the state championship won't be far off for his McFarland Cougars. The team will be graduating five seniors after this school year.