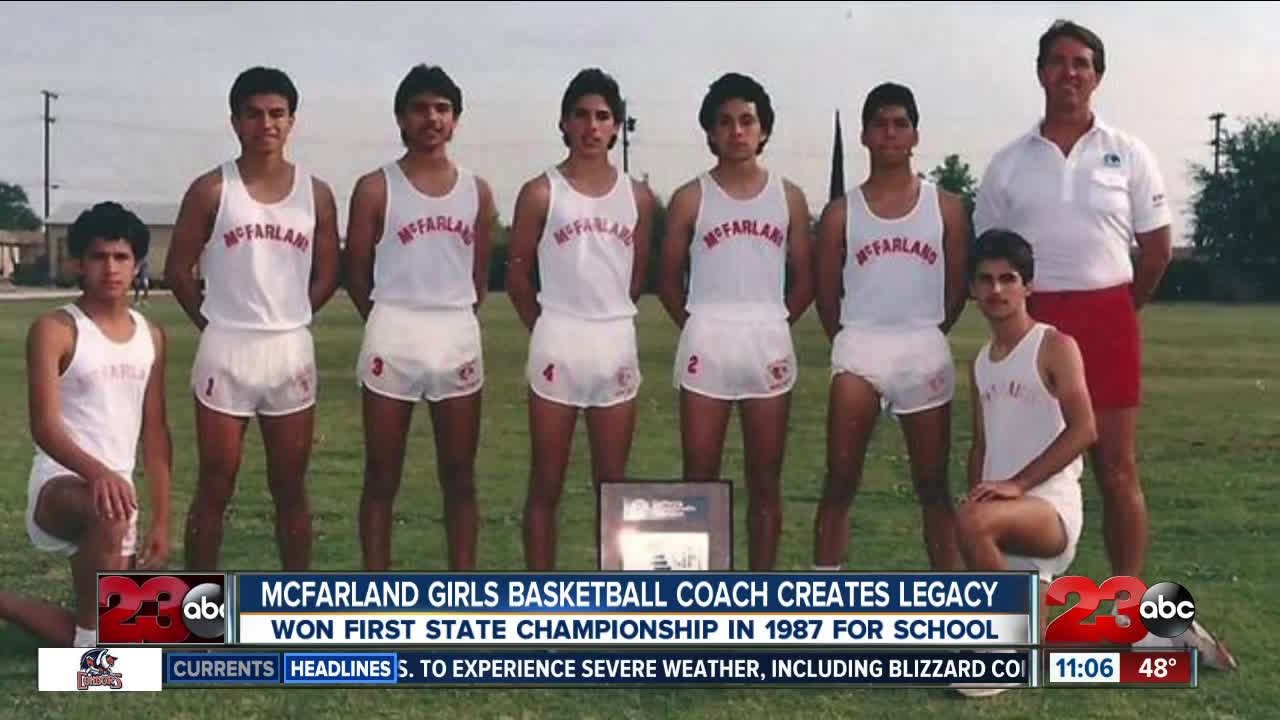 MCFARLAND, Calif. — The McFarland girl's basketball team was runner-up in the Valley Championships, winners of the SoCal Regional Championship, and most recently made a historic run to State and head coach Johnny Samaniego says he couldn't be more proud of his girls.

“They had to be relentless, they had to find the will to win and that says a lot about them," said Samaniego. "Hopefully, it carries on and everything that we’ve done carries on with them in to life.”

Just like it has for Samaniego many years ago and now a movie based on Samaniego, his cross-country team, and McFarland's first-ever championship.

“We found out, he ran down to us, tears in his eyes," Samaniego recalled. "That was something I hold very dear to my heart."

He returned to McFarland after graduating college hoping to share similar memories with future cougars.

"There’s something about McFarland," said Samaniego. "I’m giving back to the community that gave me everything."

Running under 9-time State Champion coach Jim White for many years, Samaniego is passing on that same State of mine to his girls.

“He knows from working under me, running through me, it takes hard work, dedication and a strong attitude," said White.

“Him experiencing State Championships and even Valley Championships," said Neli Diaz. [He has transferred] what he’s learned, what he’s gone through in the past [and it] has helped us throughout everything."

Although the team fell short this season, Samaniego knows that it's far from over.