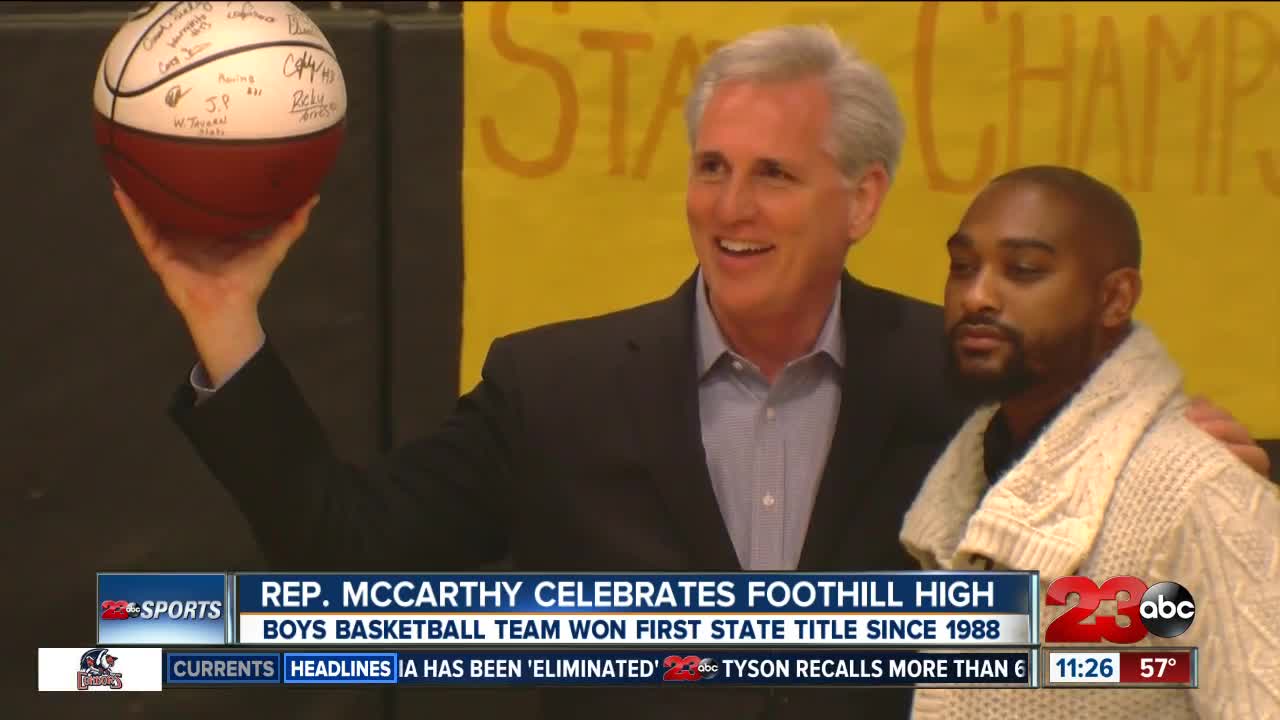 From the Hill on Washington to the Hill of Bakersfield, McCarthy visited with the Trojans, recognizing the team for bringing home their second state title since 1988, the county's third overall state basketball championship. The Trojans defeated Mt. Shasta earlier this month, March 8, at the Golden 1 Center to secure the CIF Division V State Championship.

Earlier in the day, McCarthy visited Garces to celebrate the Rams boys soccer team after they earned the CIF SoCal Division Five Regional Championship, the school's first ever state championship. Garces defeated Marshall 2-0 on March 2 to clinch the title. This was the county's second soccer state title.

McCarthy spoke to both teams and handed out certificates honoring the Bakersfield team's achievements.