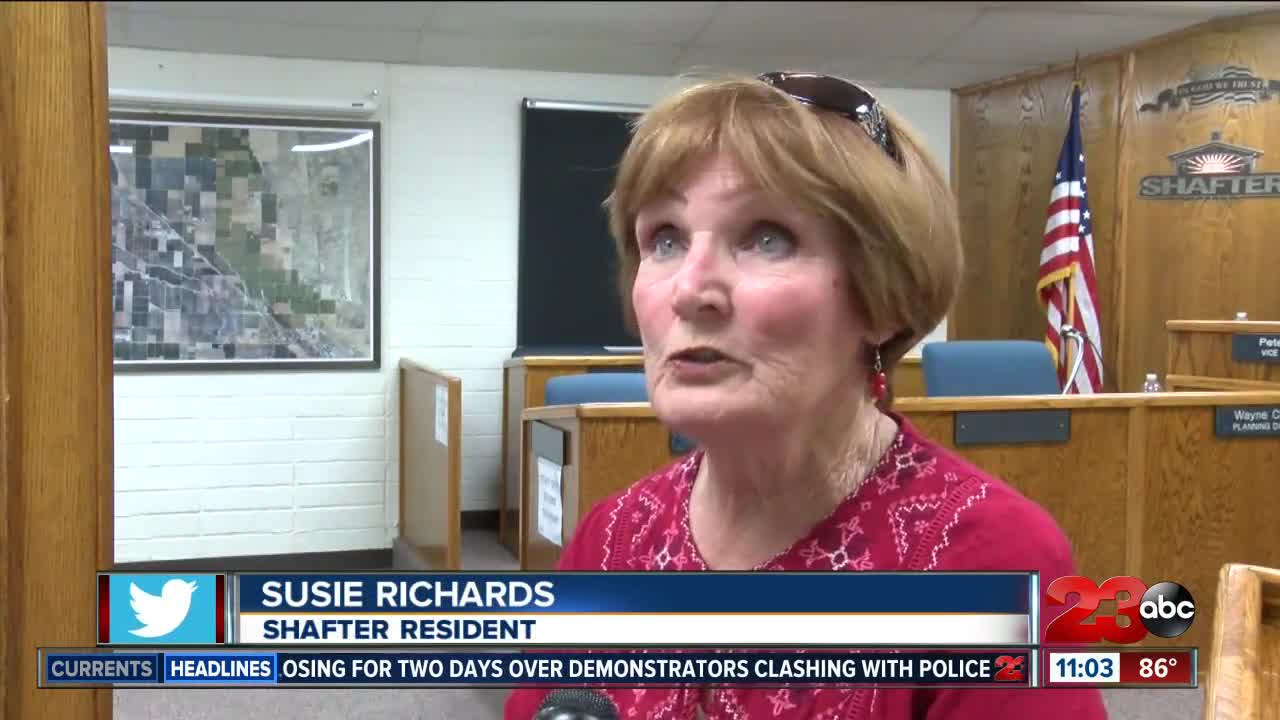 SHAFTER, Calif. — The Shafter City Council Tuesday voted 3-2 to accept the resignation of City Manager Scott Hurlbert, and some Shafter residents aren’t happy about it.

Many in Shafter say that they loved the City Manager, and his abrupt resignation left a lot asking why the city isn't being transparent about the reason he’s leaving.

“It appears that they are off doing what they want to do on their own. And if they can’t do that, they’re willing to push the City Manager out," said Jack “Woody” Colvard, a former Shafter City Council member serving from 1996 to 2016.

Colvard is talking about three council members in particular. Mayor Gilbert Alvarado, Mayor Pro Tem Cesar Lopez, and council member Manuel Garcia. Those are the three that voted for Hurlbert's resignation out Tuesday.

“Scott was a good city manager, he replaced John Guinn, which over the last 25 years they've taken and spent countless hours improving what Shafter should be," he said.

The council didn’t deliberate about Hurlbert’s resignation in public. Instead they called a closed session, then came back out to announce how they voted.

The two council members that did not vote to accept his resignation were Cathy Prout and Chad Givens. When asked if the other three council members were trying to push the City Manager out, Givens couldn't give a definitive answer.

"I don't know how true or untrue that is," Givens told 23ABC late Tuesday night, adding that he believes Hurlbert has done a terrific job as City Manager. Givens says it is unclear to him why Alvarado, Lopez and Garcia voted to accept the resignation.

"They walked out the back door instead of letting us ask why we’re losing a man that’s done nothing but good for this community," said Susie Richards, who moved to Shafter in 1968.

“Just a lack of communication and I don't think these guys are doing it out of bad hearts or ill will, I think there's just an agenda that we’re not aware of and we’d like to have a communication channel about those things so that we can maybe come to agreements," said Shafter resident Larry Starrh.

The same three council members backpedaled last week on a controversial item that would have put the council’s names on a plaque in the city’s Veterans Park. Dozens of community members turned out in sharp opposition to that too. 23ABC News reached out to mayor Alvarado for comment, but we have yet to hear back from him.

Hurlbert will be payed 12 months salary with benefits as a severance payment. An acting city manager is taking over until a permanent replacement is found.