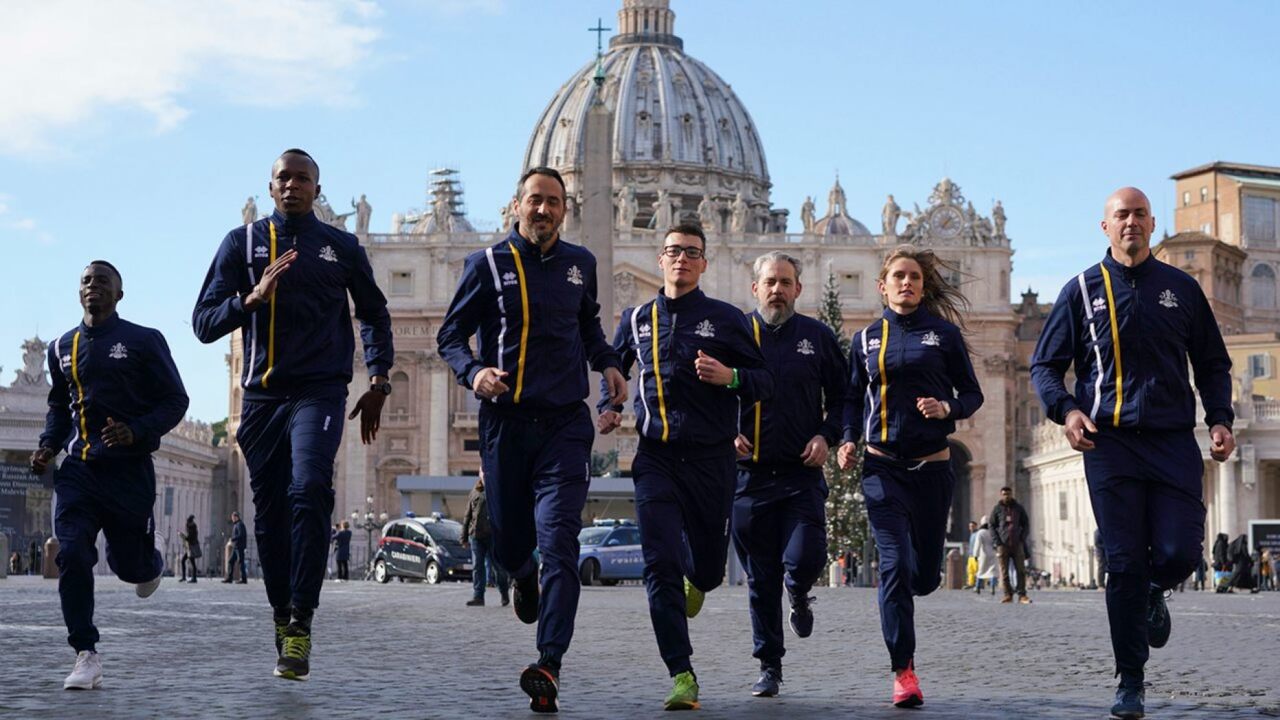 VATICAN CITY — The Vatican launched an official track team Thursday with the aim of competing in international competitions as part of an agreement signed with the Italian Olympic Committee.

About 60 Holy See runners — Swiss Guards, priests, nuns, pharmacists and even a 62-year-old professor who works in the Vatican’s Apostolic Library — are the first accredited members of Vatican Athletics. It’s the latest iteration of the Holy See’s long-standing promotion of sport as an instrument of dialogue, peace and solidarity.

Because of the agreement with CONI, the team is now a part of the Italian track association and is looking to join the International Association of Athletics Federations. It is hoping to compete in international competitions, including the Games of the Small States of Europe — open to states with fewer than 1 million people — and the Mediterranean Games.

“The dream that we have often had is to see the Holy See flag among the delegations at the opening of the Olympic Games,” said Monsignor Melchor Jose Sanchez de Toca y Alameda, team president and the head of the Vatican’s sports department in the culture ministry.

But he said that was neither a short-term nor medium-term goal, and that for now the Vatican was looking to participate in competitions that had cultural or symbolic value.

Vatican pharmacist-runner Michela Ciprietti told a Vatican press conference the aim of the team isn’t exclusively competitive, but rather to “promote culture and running and launch the message of solidarity and the fight against racism and violence of all types.”

Team members wearing matching navy warm-up suits bearing the Holy See’s crossed keys seal attended the launch. Also on hand were two honorary members of the team, migrants who don’t work for the Vatican but are training and competing with the team, as well as a handful of disabled athletes. The Vatican aims to sign similar agreements with the Italian Paralympic committee.

CONI president Giovanni Malago welcomed the birth of the Vatican team, even though he acknowledged that it might one day deprive Italy of a medal.

“Just don’t get too big,” he told Vatican officials at the launch, recalling how an athlete from another tiny country — Majlinda Kelmendi — won Kosovo’s first Olympic medal when she defeated Italian rival Odette Giuffrida in the final of the women’s 52-kilogram judo event at the Rio de Janeiro Games.

In recent years, the Vatican has fielded unofficial soccer teams and a cricket team that has helped forge relations with the Anglican church through annual tours in Britain. The track team, however, is the first one to have a legal status in Vatican City and to be an official part of the Italian sporting umbrella, able to compete in nationally and internationally sanctioned events and take advantage of the Italian national coaching, scientific and medical resources.

While St. John Paul II was known for his athleticism — he was an avid skier — Pope Francis is more of a fan, a longtime supporter of his beloved San Lorezo soccer team in Argentina.

Vatican Athletics’ first official outing is the Jan. 20 “La Corsa di Miguel” (Miguel’s Race), a 10-kilometer race in Rome honoring Miguel Sanchez, an Argentine distance runner who was one of the thousands of young people who “disappeared” during the country’s Dirty War.

The choice is significant: Francis, the former Cardinal Jorge Mario Bergoglio, was a young Jesuit superior in Argentina during the military dictatorship’s crackdown on alleged leftist dissidents.