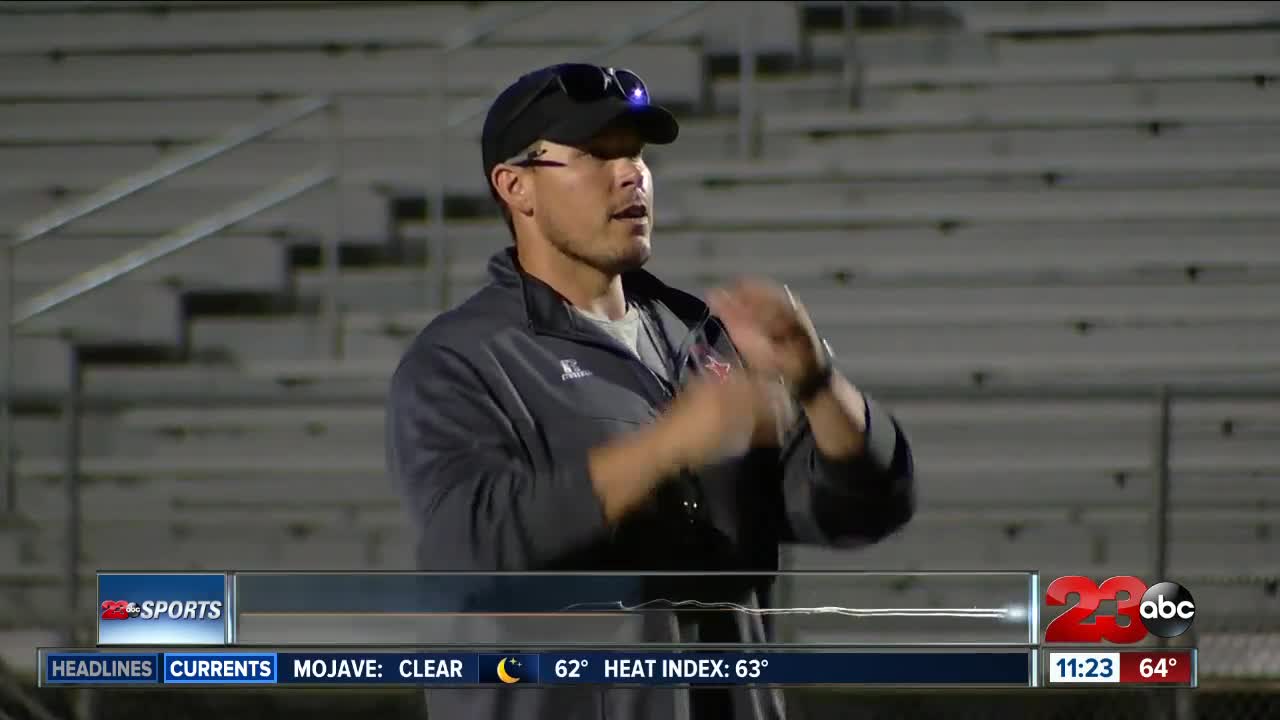 BAKERSFIELD, Calif. — During his college career at New Mexico State in 2007, Richie Bolin was asked what he wished he would be doing five years from then, and his answer was teaching and coaching high school football.

For the past few years, he has served as an assistant head coach for both Stockdale and North, and now he gets to begin his head coaching career at the school where he saw success as a player: North High School.

Bolin was coaching the freshman program for the Stars when Norm Brown unexpectedly resigned on Monday and he'd get the call to take over as interim head coach.

"First five hours was just a whirlwind but then when I was able to sit and reflect on such an incredible opportunity to take over a program that's been well taken care of over the years to be able to do it at my alma mater is very special," Bolin said.

He picks up the Stars program as the team searches for some league wins, falling to 0-2 in the Southeast Yosemite League, while boasting a 4-3 overall record. Bolin is eager to build on the team's success while building history at his former school.

He's not trying to make any drastic changes just get the Stars refocused with a few weeks left of the regular season. His first game as head coach will be this Friday as North hosts the current leader of the SEYL, the East Bakersfield Blades.