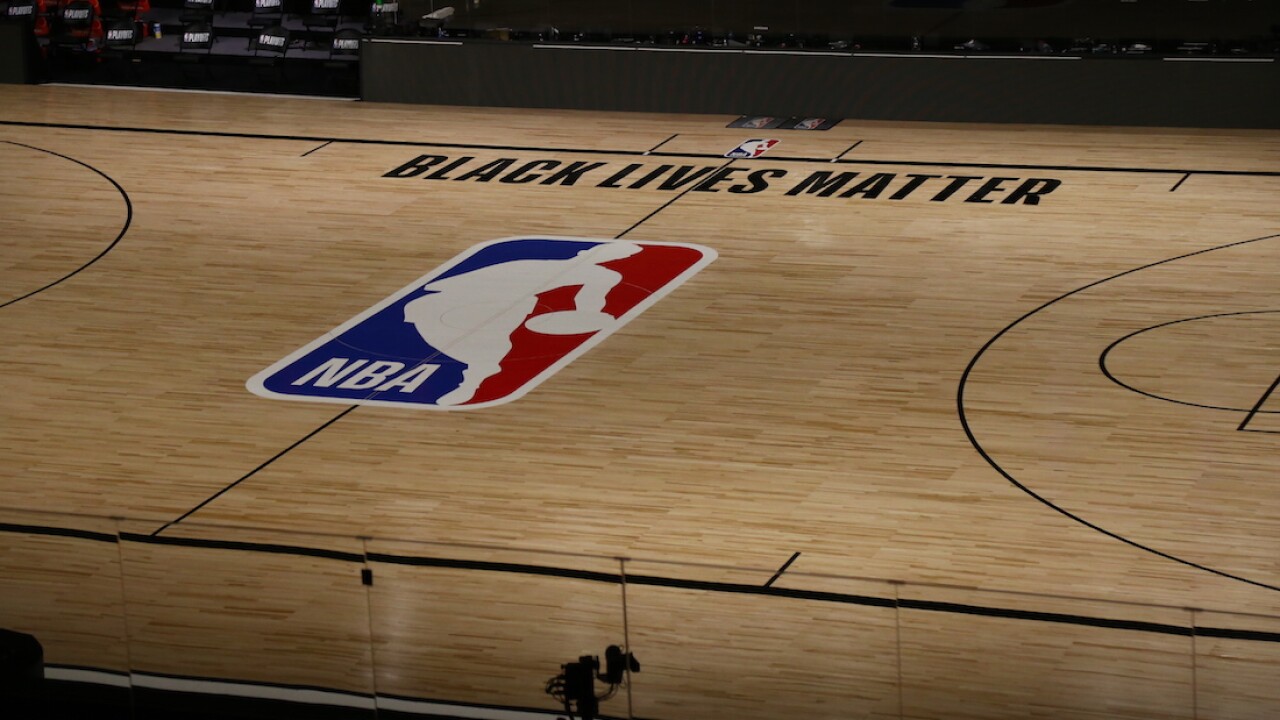 AP
A general view inside The Field House before Game 5 of an NBA basketball first-round playoff series, between the Oklahoma City Thunder and Houston Rockets, Wednesday, Aug. 26, 2020, in Lake Buena Vista, Fla. NBA players made their strongest statement yet against racial injustice Wednesday when the Milwaukee Bucks didn’t take the floor for their playoff game against the Orlando Magic. (Kim Klement/Pool Photo via AP)

WASHINGTON (AP) — President Donald Trump says the NBA has become like "a political organization" as he criticized the league the day after player protests over police brutality led to the postponement of three scheduled playoff games.

Trump made the comments after senior aides said the protests weren't constructive and were hypocritical considering the league's relative silence about human rights violations in China, where U.S. pro basketball has a large audience.

Short dodged the question and criticized the NBA's ties to China instead.

"Look, I don't know that you can see the administration way on that one way or the other in my mind, it's, it's, it's absurd and silly.," Short said. "What you saw from the professional basketball association was a continued, um, acceptance, and non-denial or non-speaking out against China's continued abuse. Instead, wrap their arms around their cooperation with China. They're continuing to allow NBA players to continue to support China. When they've continued to repress people continue to persecute people for speaking on their minds. And yet they're going to protest. Now if they want to protest, I don't think we care. I think at this point, um, there's, there's uh, if they want to say we're not going to play more games, I don't think that's the position that you're going to see us speak out on one way or the other."

In an interview with CNBC, Jared Kushner, Trump's son-in-law, said players who refused to play were lucky and rich enough to "take a night off from work.”

The president earlier this month in a radio interview called NBA players "very nasty" and "very dumb" for kneeling during the national anthem to protest social injustice.