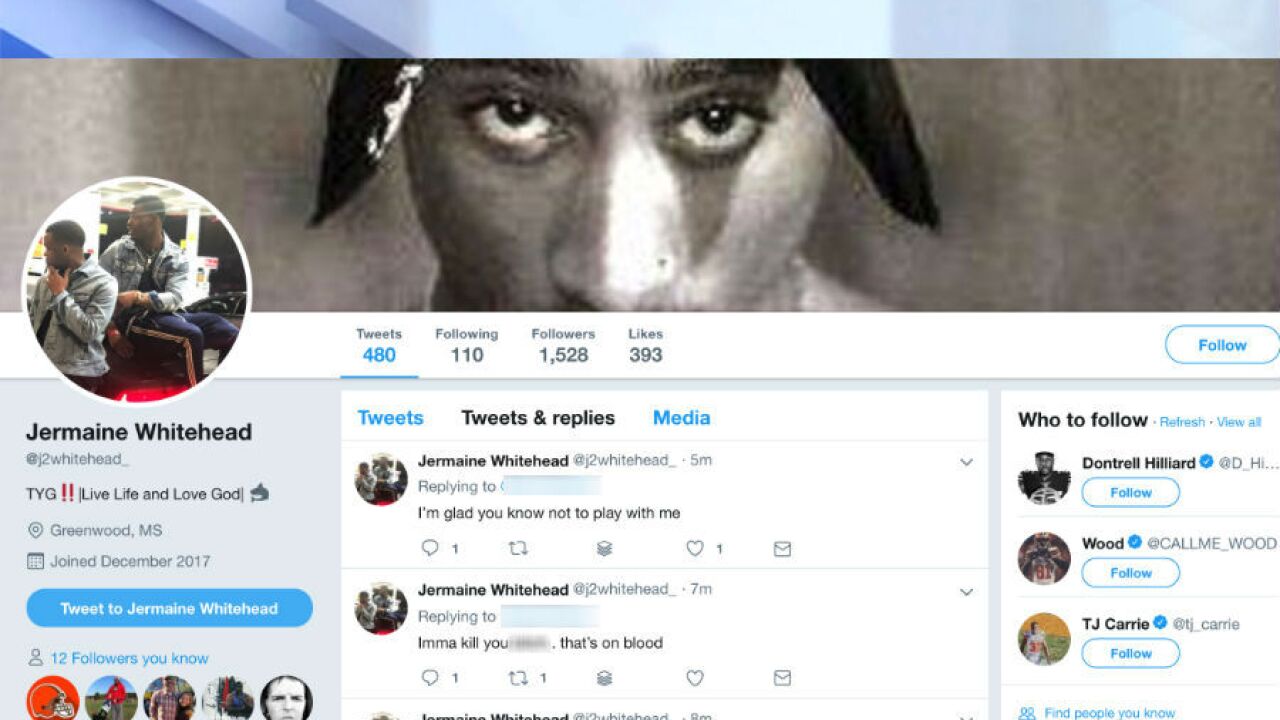 CLEVELAND — The Cleveland Browns have cut safety Jermaine Whitehead following a meltdown on social media on Sunday in which he threatened a radio host and Browns fans following the team’s loss to the Broncos.

Whitehead struggled during the Browns 24-19 loss to Denver, missing multiple tackles throughout the game, one of which led to a Broncos touchdown.

A few moments after the team left the field, Whitehead allegedly began responding to tweets about his play on his account, @j2whitehead_.

Some of the responses contained explicit language and racial slurs.<

Following the game, Whitehead declined to speak to reporters, according to Tom Reed of The Athletic.

The account is not verified, but the Cleveland Browns' verified account follows the Whitehead account, and his Instagram handle, which is verified, is @j2whitehead, and in it he alludes to "getting smoke off my chest" tonight.

The Browns issued the following statement regarding the incident:

"Jermaine Whitehead's social media posts following today's game were totally unacceptable and highly inappropriate. We immediately spoke with Jermaine upon learning of these comments. The Browns in no way condone that type of language or behavior. This matter will be further addressed internally."

This story was originally published by Camryn Justice on WEWS in Cleveland.