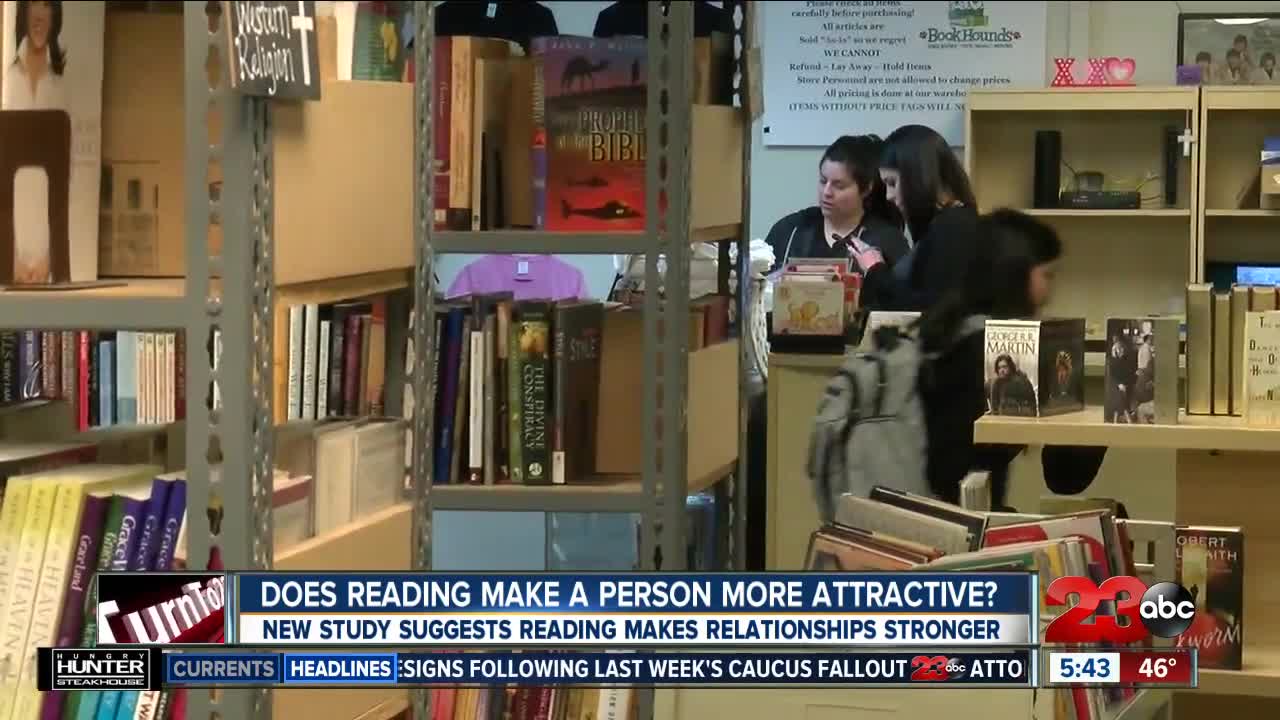 Valentine's Day is Friday, and a new study is suggesting a new way to strengthen your relationship with your significant other.

Valentine's Day is Friday, and a new study is suggesting a new way to strengthen your relationship with your significant other.

The couple who reads together, stays together, says a study published by Super Summary. But is it true?

"I think I would agree with that. I know definitely sharing interests and having a conversation with somebody that has read the same books I have read or shares the same imagination or wild references that I spit out, it's eye-opening to me," said Bree Menefee an employee at Bookhounds Books, Records, Movies in Bakersfield.

And many others at Bookhounds shared the same sentiment. Many saying that if they see a person who reads, they feel that there's a good chance that person is open-minded, creative and intellectual which is attractive. And the same goes for those who aren't on the market like Leo Nusser, who says he and his wife read books together.

"The characters in the book that she likes, that I feel so-so about, or something like that...it makes for a good discussion, which is fun."

And the same goes for Bree and her boyfriend, who read comic books.

"So we're always spitting back and forth like 'hey, I like this comic book, hey you should read this.' He's way more skilled with this than I am. And he's opening my mind to all sorts of different titles and authors and artists, things like that."

The Super Summary survey in question interviewed nearly 1,000 people to see if, and how, reading enhances those relationships. The study found that 58 percent of readers were very satisfied when both parties read books, compared to 39 percent when neither party reads.

Although attractiveness is subjective, the study also found that 81% of women and 77% of men believed that being a reader was attractive. But just in case going to a bookstore skewed our results, I wanted to make sure to give everyday normal folks a chance to give their two cents.

"I don't think that it's true that I'd be more attracted to them if they read or not," said Bakersfield resident Carla Knapp.

"I think it's more in the personality of a person. Just bonding with them and sending time and getting to know each other," added Brendan Dominguez.

The survey says among couples who took the time to read together, 98 percent were satisfied with their relationship. So if you and your partner haven't given reading a shot, it might be worth a try.