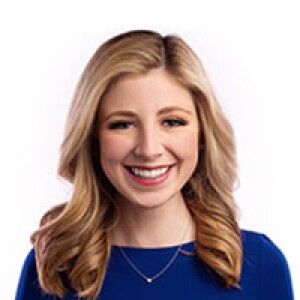 Two Bakersfield natives tell 23ABC's Kallyn Hobmann how they not only witnessed 9/11 firsthand in New York, but they also narrowly avoided being in the Twin Towers when the planes hit that day.

Bob Millsap and Mike Dion were seven years old when they met at Eissler Elementary.

“Best friends right away, all through grade school,” said Bob.

And it stayed that way through college. They were even in each other’s weddings.

“Your friend group kind of remains with you wherever you go,” said Mike.

That includes from Bakersfield to New York City. After college, Mike got a job with a banking firm in the World Trade Center. He and his wife, Elena, moved to Hoboken, New Jersey.

“Which is literally right across the water, so you could see the towers from my apartment building,” said Mike.

On September 10, 2001, Bob and his coworker, Simon, finished a work trip one day early in Connecticut. Bob’s mom texted him.

“She said, ‘You ought to go to Yankee Stadium. Roger Clemens is pitching.'”

“All of a sudden I hear somebody yelling out [my] name,” said Mike.

The two friends were unexpectedly reunited at the game, but it got rained out.

Mike and Elena offered for Bob and Simon to stay with them. They made plans to attend Mike's 7:30 a.m. work meeting the next day to see his view from the 104th floor of the south Twin Tower.

Back in New Jersey, it was a late night out at local bars and they weren’t feeling up for that early meeting on September 11.

“So that was a good excuse, that I had friends that were in and we’re going to see them off the next morning, so I went back to bed,” said Mike.

Elena did leave for work.

That’s when the planes hit.

Back at the apartment, Bob woke up.

“I thought everybody was gone because I heard a shower going and it must have been Elena. I turned the T.V. on and that’s when I saw it, and then I hollered, ‘Oh my god, where’s Mike?’” he said.

Mike came out of his room. Bob and Simon were relieved to see him.

Elena didn’t make it on the Path Train before it shut down and she went back home.

“If she left five or ten minutes earlier, she would’ve been on the Path Train that would’ve been either under the river or in the basement of the World Trade Center when the collapse happened,” said Mike.

“I'll never forget the emotion of when she came back to the apartment and just the hug, embrace, the, you know, ‘Thank God you guys [did] what [you] did the night before,’” said Bob.

They looked outside the apartment window and could see smoke coming from the Twin Towers.

“You basically had about five minutes to react to when the first plane hit the north tower because when the plane hit our building, you had to be low enough and able to get out before the building collapsed,” said Mike. “Some of my colleagues said [they] saw papers flying on the 104th floor [out] the window, which normally you wouldn’t see, [but] you knew that something bad happened.”

Family and friends back home were worried

“People in Bakersfield and my wife, my parents, some of our friends, they didn’t know we went out drinking and they just assumed that we were in the building,” said Bob. “Those hours afterwards were really something else as far as, you know, just the shock and the horror.”

They witnessed those first moments in New York during the aftermath of 9/11.

“Everything slowed down. Everyone was looking at each other in the eyes. Just so much sincerity and so much goodness, and [that’s] always stuck with me,” said Bob.

Bob and Mike said it took time to truly process just how close they were to being in the Twin Towers on 9/11.

“It took a lot of weeks to [realize] the magnitude,” said Bob. “Because we were going off adrenaline, off emotion, [off] sadness. Once you have time to reflect, a lot of questioning, a lot of wondering. [Are] there coincidences? [Is] there a greater power?”

“It took a while to really come to grips with that reality that I’m still living and others are not,” said Mike.

Now, nearly 21 years later, not a day goes by where they don't think about it.

“It's affected the way I live my life ever since. That little thing that happens, that blowout, flat tire that you get on Highway 99 that bums you out so much, you never know what that kept you from,” said Bob.

“I'm always grateful that I'm here. I'm grateful for what I have, and [it’s] a day that we should never forget,” said Mike. “I use it as motivation in my life and also as a time of reflection, especially around the anniversary.”

The anniversary is something they say should never be ignored.

“We need to keep that reminder that this is the greatest country in the world and there [are] always going to be those that are trying to knock us down,” said Bob. “We’ve got to stay together and be thankful for all those that continue to enlist and fight for our freedoms and our rights.”

Today, Mike and Bob are still holding on to their friendship and those days in 2001 they’ll never forget.

“We talk every year on 9/11 and [there’s] just something there, some unity there, that we’ll hold onto for the rest of our lives,” said Bob.