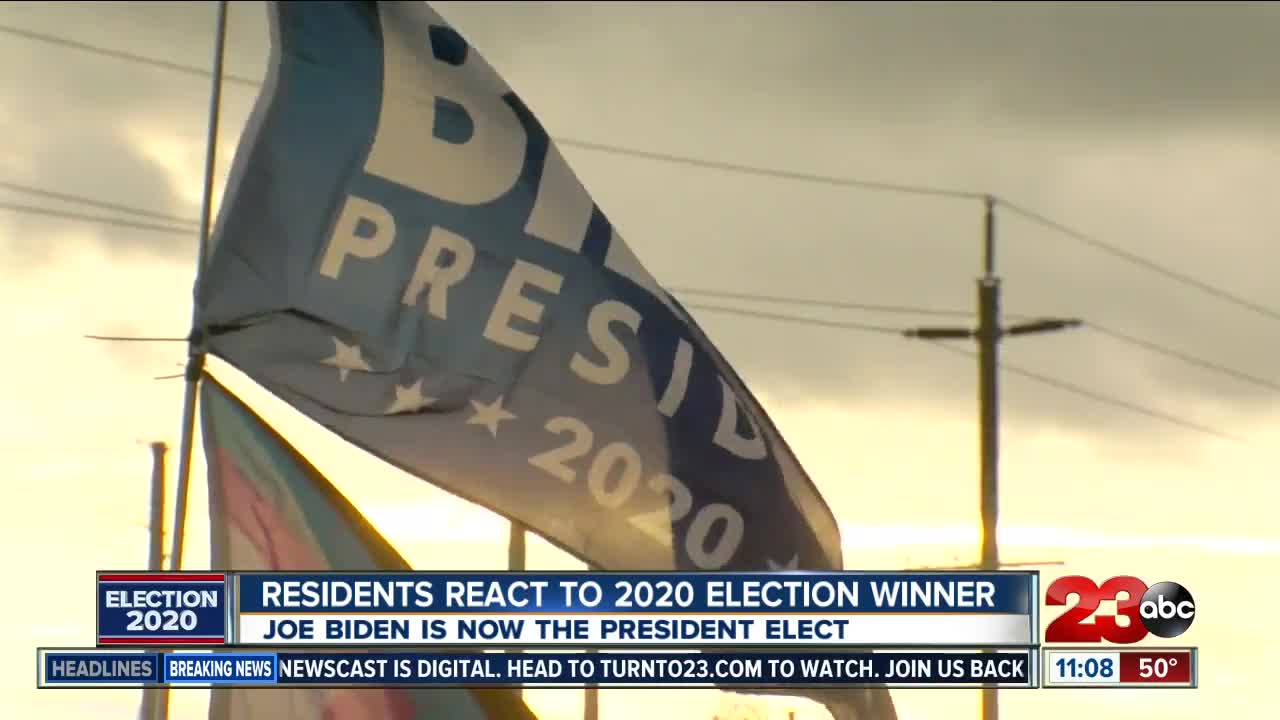 BAKERSFIELD,Calif. — It has been four days since the presidential election, Biden is projected to be the next president of the United States.

Since the announcement, there have been mixed emotions in Kern County. Some share they are excited and others say they are disgusted.

"I am hoping that Trump will turn it around and be president," said Lynn Williams, a Trump supporter. "I am afraid if Biden gets in it's going to cause Bakersfield to go Bankrupt."

These are just some of the sentiments heard from voters in Bakersfield on Saturday as Joe Biden is projected to become the 46th president of the United States after ABC called Pennsylvania in favor of Biden.

"I am pretty happy about the results and I wanted Biden to win and trump to get out of there," said LaDaeja Johnson, a Biden supporter. "I think it's for the betterment of the community and the states."

One first time voter shares he is feeling excited about the results.

"Our work isn't done as far as the government, people need to still push and get involved," said Elias Maldonado, a Biden supporter.

While supporters of President Trump share they fear a future Biden administration.

"I think if Biden gets it he is going to make us wear these things [masks] for the rest of our lives," said Gary Moore, a Trump supporter. "He is going to shut it down again and he is surely going to make small businesses close down."

Other supporters of President Trump expressed deep concerns regarding the accuracy of mail-in-ballots.

"I think the voting by mail is a scam and once the recounts start coming in they are going to see people voted double by mail and in person," said Brett Goldberg, a Trump supporter.

Usually, a handful of Biden and Trump protesters can be found off of Rosedale and Coffee on any given day.

On Saturday, there were not many people, but a few Biden supporters could be seen celebrating.

"I am glad that we have some change in the White House, but we are going to keep fighting for equality no matter how long it takes," said Emersyn Sandusky, a Biden supporter.

A few Trump supporters did gather outside of Chuy's earlier in the afternoon to support and offer a prayer for President Trump and this election.