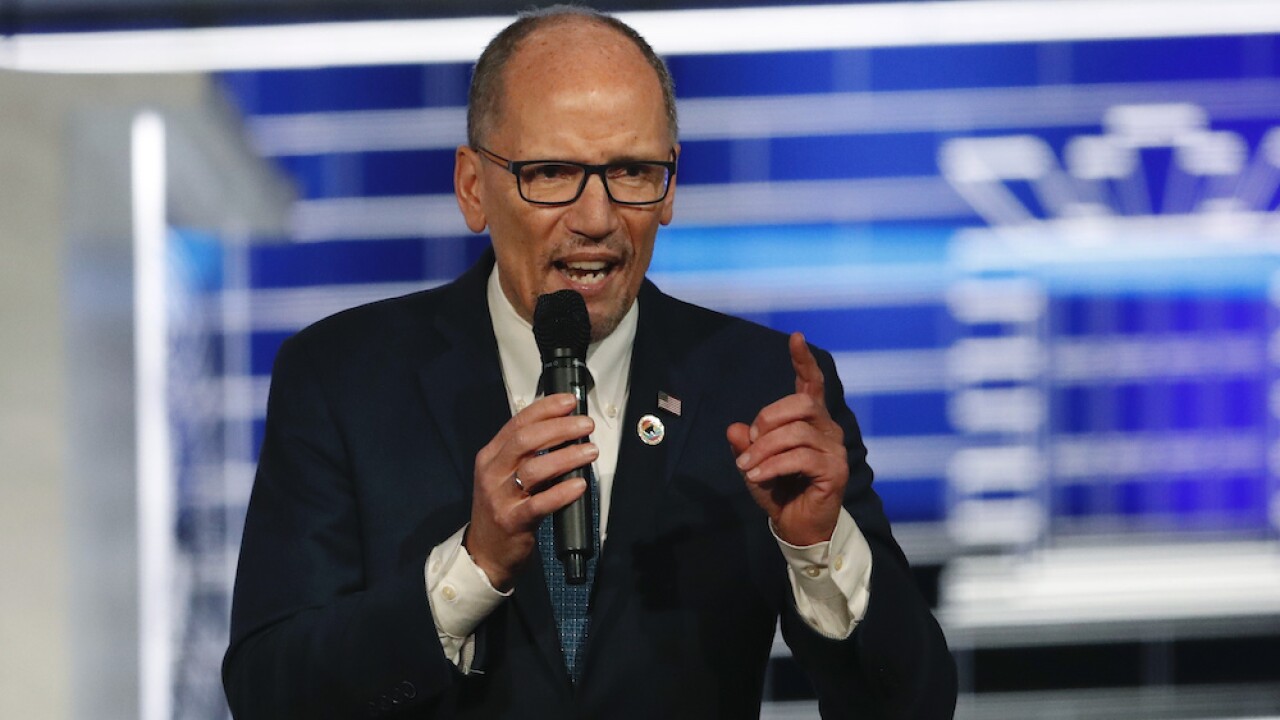 The Democratic National Committee chairman assured supporters Thursday that a scaled-down convention would go on as scheduled in August in Milwaukee, Wisconsin.

"From the very beginning of this pandemic, Democrats have put the health and safety of the American people first. Unlike Trump, we followed the science, listened to doctors and public health experts, and worked through plans to protect lives," DNC Chairman Tom Perez said in a series of tweets. "That's how we made the decision to hold a responsible convention that will bring our country together, ensure our delegates can take care of official business without risk to public health, and still shine a spotlight on our host community of Milwaukee."

In June, DNC leaders announced plans to transform the convention amid the pandemic, moving it from the Fiserv Forum, a 17,000-seat arena, to Wisconsin Center, a convention center. The DNC also advised state delegates to not travel to Milwaukee.

Presumptive Democratic nominee Joe Biden still plans to accept the nomination in Milwaukee. The DNC is slated to begin Aug. 17.

That’s how we made the decision to hold a responsible convention that will bring our country together, ensure our delegates can take care of official business without risk to public health, and still shine a spotlight on our host community of Milwaukee.

Next month, we will showcase our values and vision to the nation while keeping people safe and engaging more Americans than ever before. That’s the kind of smart and steady leadership America deserves. And that’s the leadership Joe Biden will bring to the White House.

Perez's statement came hours after President Donald Trump said that most of the Republican National Convention that was scheduled to take place in Jacksonville, Florida, would be canceled.

"I looked at my team, and I said the timing for this event is not right, just not right with what's happened recently, the flare-up in Florida, to have a big convention," Trump said. "It's not the right time. It's really something that, for me, I have to protect the American people. That's what I've always done."

Trump said he still plans on delivering an acceptance speech during the RNC in some form. Some events of the RNC, which was slated to start on Aug. 24, will remain in North Carolina.

This story was originally published by Mayra Monroy on WTMJ in Milwaukee.