EXPLAINER: Why AP called the 2020 election for Joe Biden 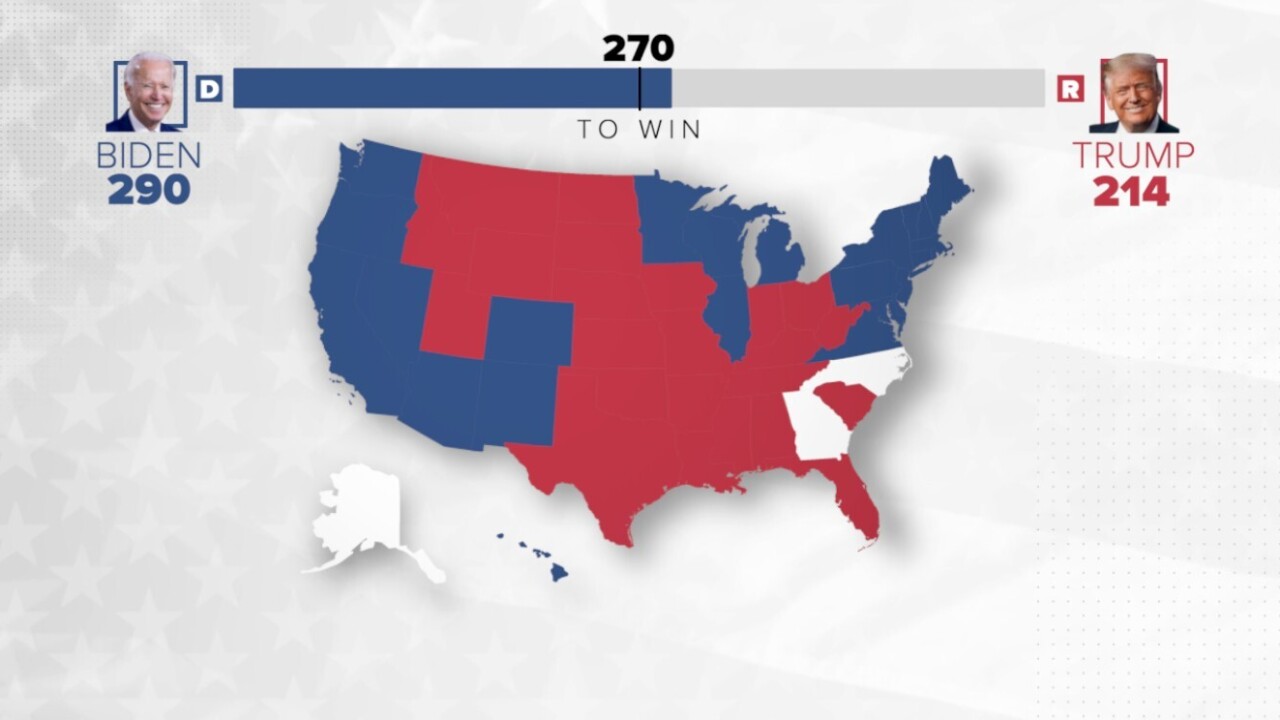 The E.W. Scripps Company is a partner with The Associated Press and has been following guidance from their election desk on 2020 race updates.

From Wednesday through Saturday, Joe Biden had a projected total of 264 Electoral College votes, six shy of the number needed to become president.

As Election Day ground on into “election week,” it became increasingly clear that Biden would oust President Donald Trump from the White House.

The question, rather, was where he would win, when it would happen and by how much, as late counted ballots in Nevada, Pennsylvania and Georgia continued to keep Biden in the lead and offered him multiple paths to victory. On Saturday, Biden captured the presidency when The Associated Press declared him the victor in his native Pennsylvania at 11:25 a.m. EST, garnering the state’s 20 electoral votes, which pushed him over the 270 electoral vote threshold needed to win.