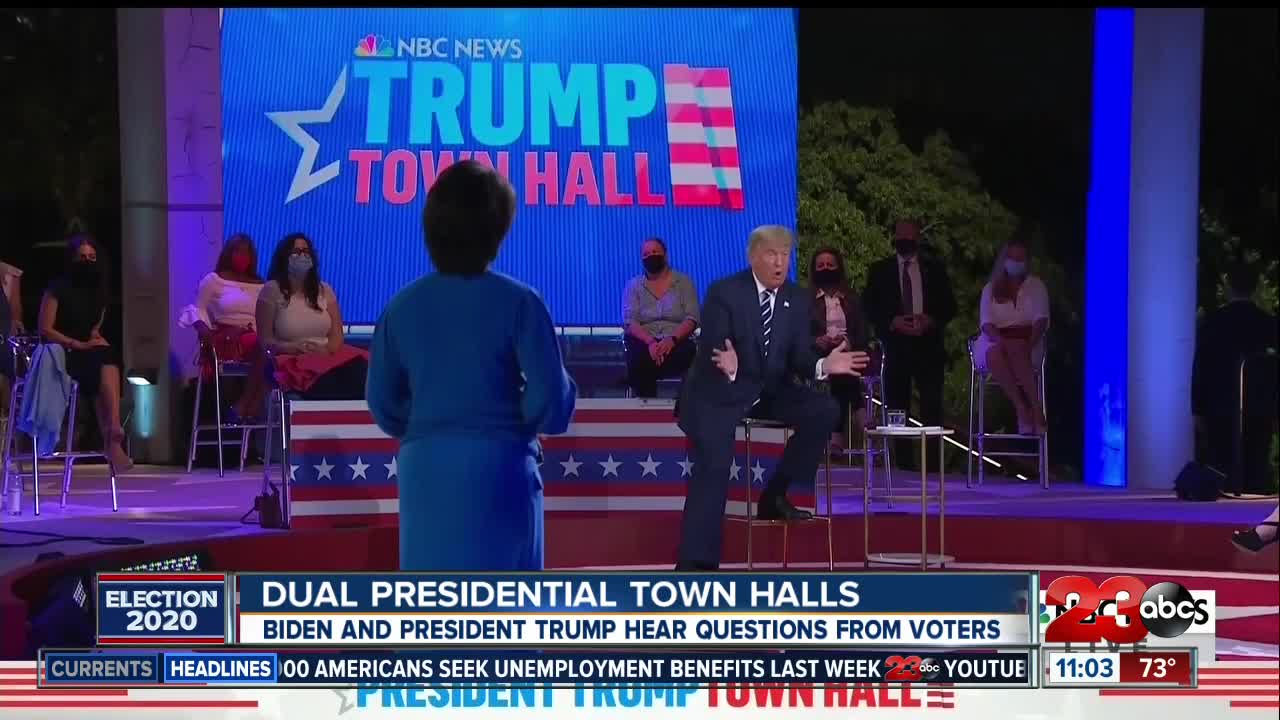 It was billed as "Dueling Town Halls" as the presidential candidates squared off on competing networks Thursday night. President Donald Trump and Democratic candidate Joe Biden talked about everything from the pandemic to racial tensions.

The former Vice-President was asked about the president's handling of the virus saying that his response was too late. While President Trump whose town hall was held on NBC responded to questions of whether or not he was tested before the debate by stating he couldn't remember. He was also asked about rumors surrounding the amount of debt he has.

After both debates ended 23ABC spoke with our political local political analysts on their thoughts of the two town halls and if they believe having them at the same time was beneficial to the public.

Both presidential candidates are scheduled to have their final debate before election day next Thursday at Belmont University in Nashville at 6 p.m. The debate will be 90 minutes long and held in a similar format to the first debate. It'll be moderated by Kristen Welker, the NBC News White House correspondent.