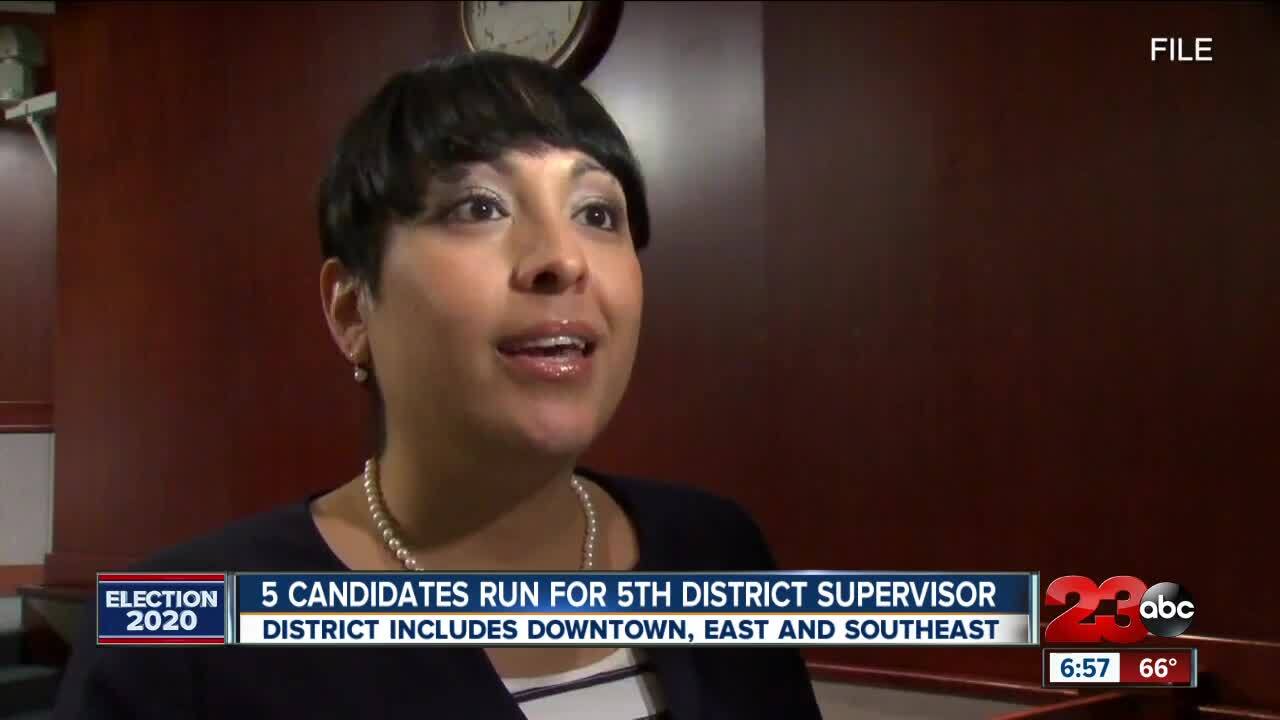 BAKERSFIELD, Calif. — Among the many elections on Super Tuesday was the primary for the Supervisor of Kern County’s 5th District. The 5th District encompasses downtown, east, and southeast Bakersfield. The seat is currently held by Leticia Perez, whose had it for 7 years. Two of the candidates running against Perez argue the district has fallen into rough shape under her watch.

“Homelessness, the homelessness is concentrated here in the 5th District. Most of it is here. The shelter is ing built here on the east side," said David Abassi.

“If you take a drive down a road in east Bakersfield, or downtown Bakersfield, you see it’s economically trash right now. We need better jobs. We need more opportunities for people and that's what we want to bring,” added Ben Valdez.

The other candidates in the race, Ricardo Herrera and Ronnie Cruz have said they share similar concerns.

However, those concerns didn't translate to votes, as Perez appeared headed for victory. As of 10 p.m., Perez leads with 58% of the vote with almost half the precincts reporting.

23ABC's Austin Westfall spoke with a member of Perez’s staff, who said she has delivered results including the new low barrier shelter, advances in education, and she’s been in talks with the governor about how to remedy the oil issues here in Kern.