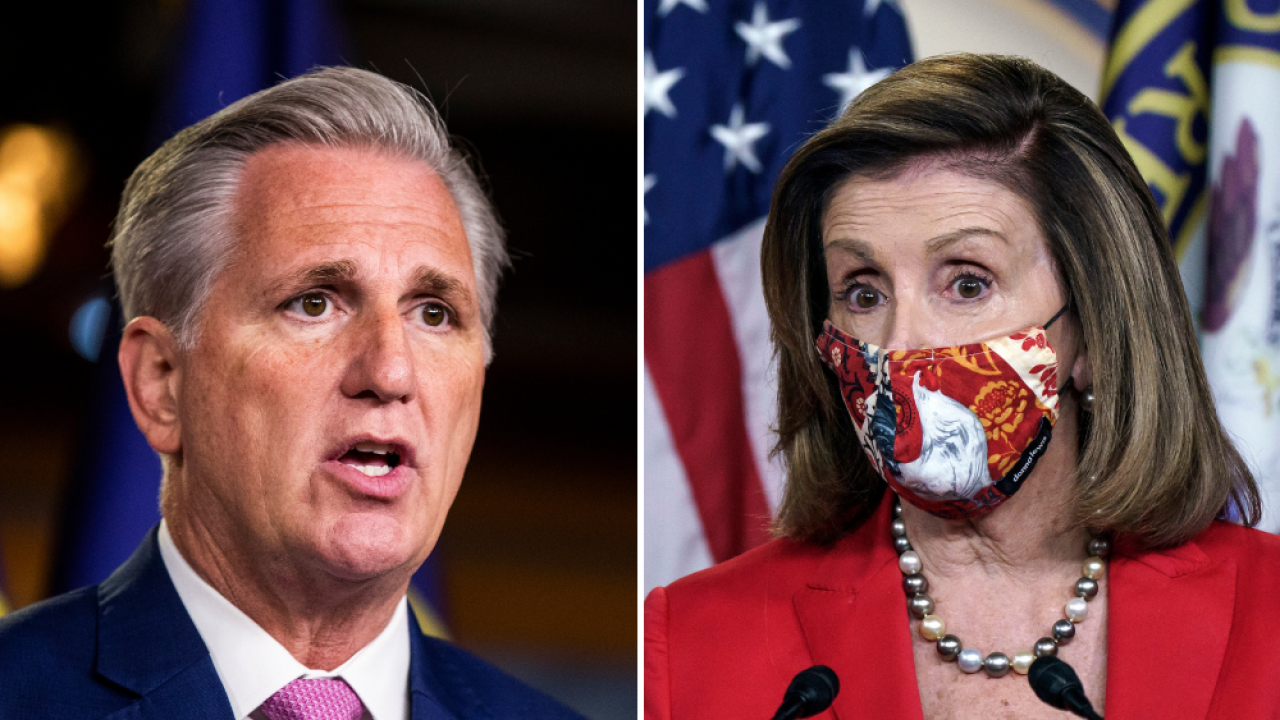 Congressional leaders will hold their weekly press conferences on Thursday, their first since it was formally projected that Democrats would hold on to control of the chamber for another two years.

In comments to reporters, House Speaker Nancy Pelosi highlighted that Trump's election fight comes as the U.S. is facing an unprecedented surge in the COVID-19 pandemic.

Watch Rep. Kevin McCarthy's press conference in the video below.

"The President and the Republicans in Congress have ignored by delay, distortion, denial. Deaths have been caused. And what are they doing now? Continuing to ignore in spite of these numbers of (COVID-19 cases)," she said.

While House Minority Leader Kevin McCarthy mostly avoided addressing Trump's specific claims of voter fraud, he said he supports the administration's right to legally challenge the results. He added that all Americans regardless of whom they support should welcome the Trump campaign's challenges, claiming it made the process more transparent and restored faith in the electoral system.

McCarthy did not directly respond when asked if he believed Trump's lawsuits would alter the outcome of the election.

On Wednesday, The Associated Press formally projected that Democrats had picked up the required 220 seats in order to retain control of the House of Representatives through 2022.

Pelosi's comments come as Politico reports that she and other current House leaders are on track to continue serving in their roles when the next Congress is sworn in next year.

Pelosi, who is in her second stint as House Speaker (she also served in the same role from 2007 to 2011) has faced criticism from progressive members of the party who claim her moderate politics caused the Democrats to lose seats in the 2020 election.

Watch Pelosi's press conference in the video below.