Rep. Kevin McCarthy pushes back on idea of election delay 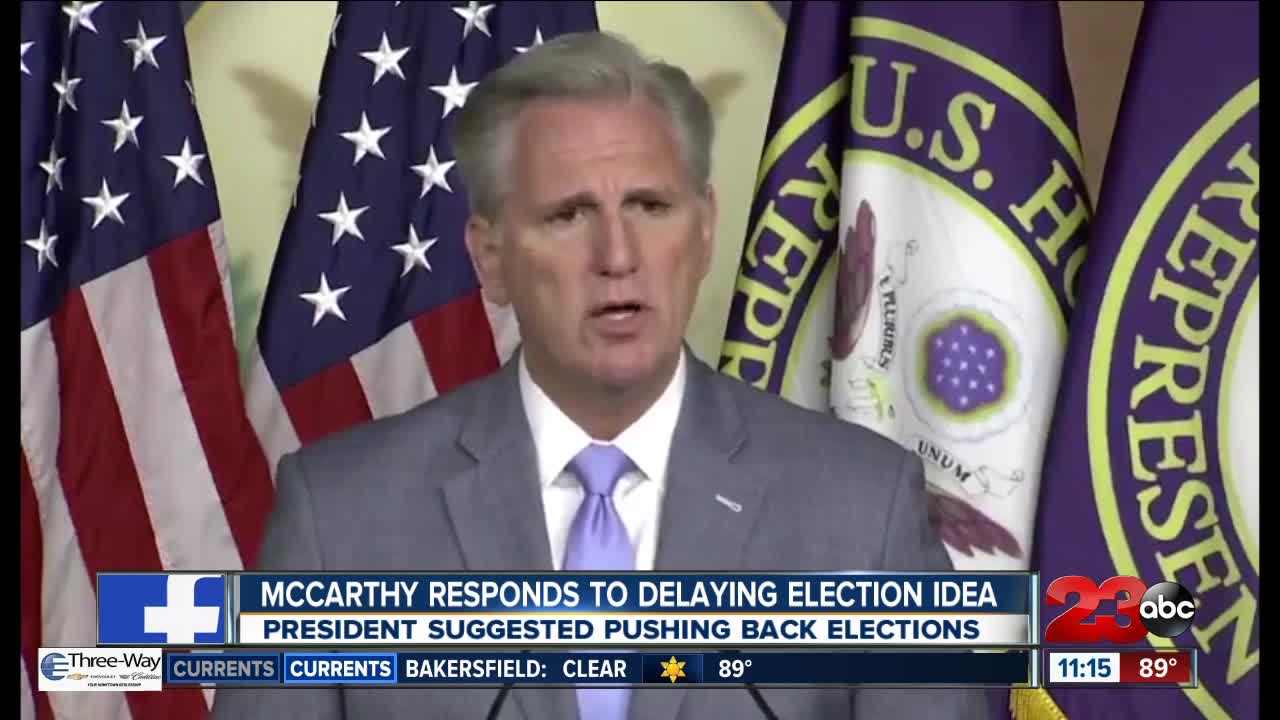 President Donald Trump tweeted about the upcoming November election saying he believed they should be delayed and pushed back. Just a few hours later Kern County Congressman Kevin McCarthy was asked about the idea of pushing back elections. 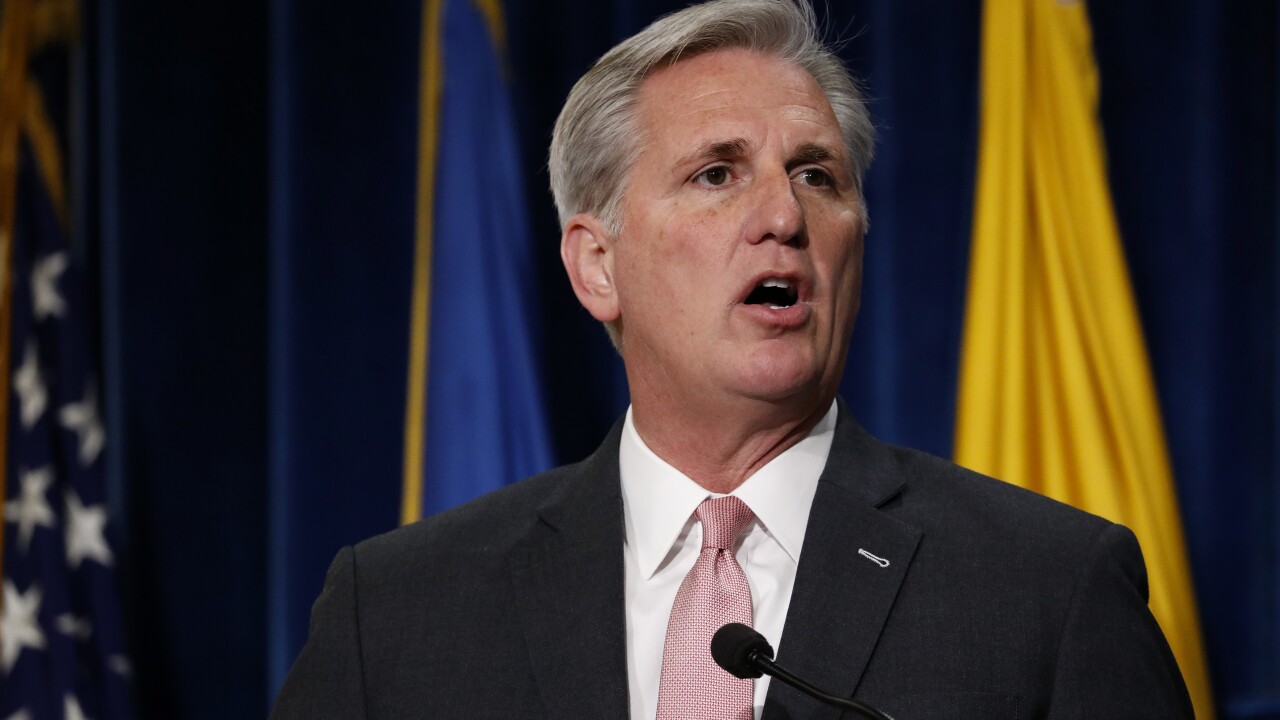 Thursday morning President Donald Trump tweeted about the upcoming November election saying he believed they should be delayed and pushed back due to the fact that the majority of the country could be voting through mail-in ballots because of the pandemic.

With Universal Mail-In Voting (not Absentee Voting, which is good), 2020 will be the most INACCURATE & FRAUDULENT Election in history. It will be a great embarrassment to the USA. Delay the Election until people can properly, securely and safely vote???

Just a few hours later Kern County Congressman Kevin McCarthy was asked about the idea of pushing back elections.

"Never in the history of the federal election have we not held an election... No way should we not hold our election on the day that we have it."

The dates of federal elections are set by Congress, and the Constitution makes no provisions for a delay to the Jan. 20, 2021 presidential inauguration.

In his tweets, President Trump also said mail-in voting is an easy way for foreign countries to enter the race which he said would lead to inaccurate counts.

Despite Trump's repeated claims to the contrary, there is little evidence that mail-in voting leads to widespread voter fraud. Five states already conduct their elections entirely through the mail: Colorado, Hawaii, Oregon, Washington and Utah.

In fact, Trump himself has voted by mail several times.