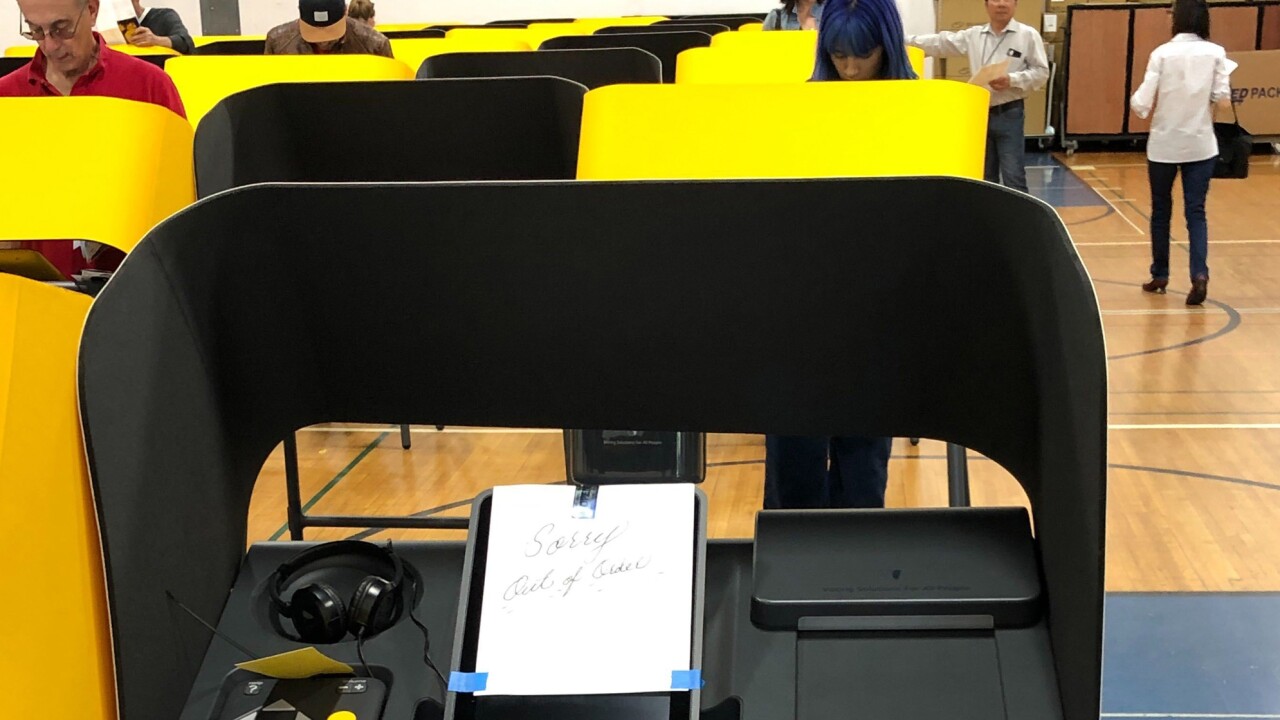 Justin Pritchard/AP
A sign reads "Sorry, Out of Order," on a voting station as people cast the ballots Tuesday, March 3, 2020, at the Silverlake Independent Jewish Community Center in Los Angeles. Poll workers said that computer network issues slowed both the voter check-in process and made some machines unusable. About one-third of the approximately 40 machines were being used. The resulting line meant voting took about an hour. (AP Photo/Justin Pritchard)

Some California voters are waiting in long lines because of technical glitches connecting to the statewide voter database or too many users trying to cast ballots at once.

The secretary of state's office said election workers in 15 counties could not connect to the statewide voter registration database on Super Tuesday but that the issues have been resolved.

Los Angeles County's new $300 million voting system also had problems. The electronic pollbooks were operating slowly because so many voters were trying to use them at once.

Delays were up to two hours in some places. Technicians have added more devices in some polling places.