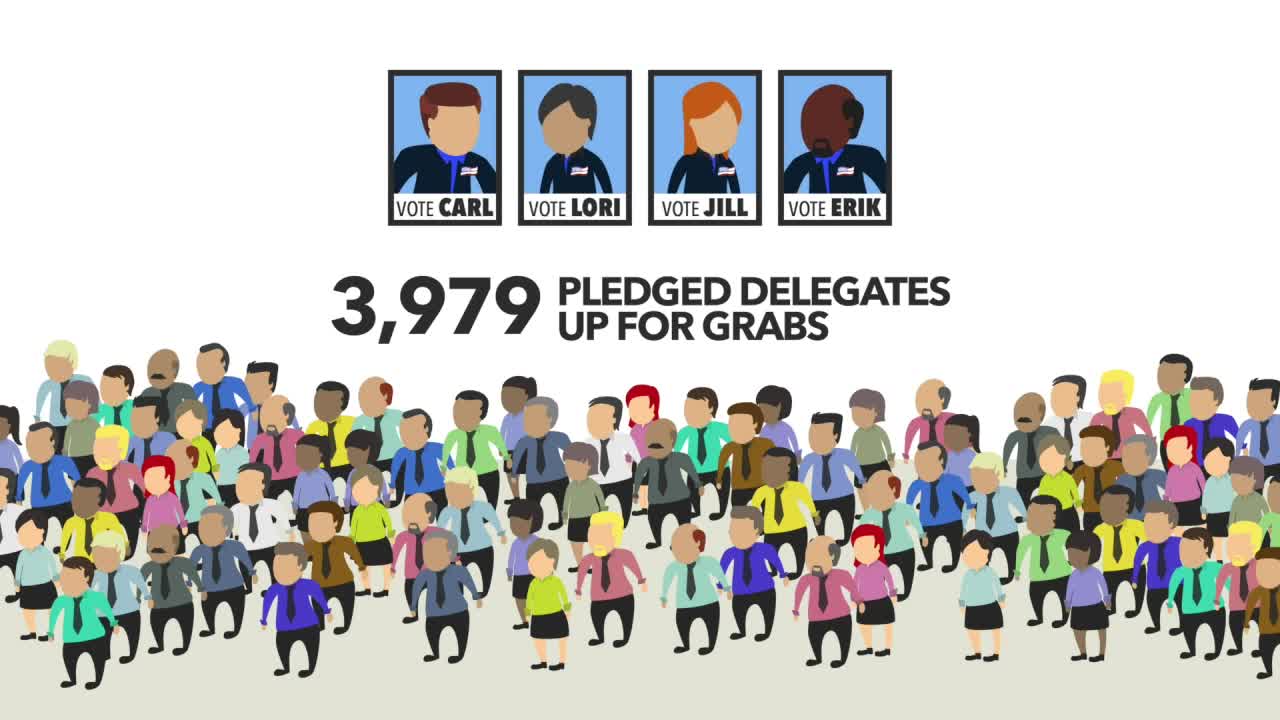 Voters in more than a dozen states are casting votes this Super Tuesday as thousands of delegates are up for grabs. Those delegates at the Democratic National Convention are responsible for officially selecting the party's nominee for president. But it's sort of complicated.

Voters in more than a dozen states are casting votes this Super Tuesday as thousands of delegates are up for grabs. Those delegates at the Democratic National Convention are responsible for officially selecting the party's nominee for president. But it's sort of complicated.

Fourteen states, one U.S. territory and Democrats around the world are voting on Super Tuesday. Once those votes are counted, each campaign's success or failure will be based on their delegates.

"Once you get to Super Tuesday, this moves fast. And it's a delegate game," Julie Pace said on CNN.

Similar to how the Electoral College officially elects the president, national convention delegates officially elect party nominees. Each delegate is a person who physically attends the convention and casts a vote. The Democrats have 3,979 pledged delegates up for grabs.

All the candidates running for the nomination are really after these people. Once they're awarded to a specific candidate, the delegates aren't required to vote for them at the convention, but they typically do.

So how do candidates win those key pledged delegates? They do that by having at least 15% support in primary contests. But that 15% is calculated at the state level and the district-level. So just because a candidate gets less than 15% of the vote statewide doesn't mean they're completely shut out of that state's delegates. They can still win some if they reach the 15% threshold in individual districts.

Delegate totals are tracked throughout the primary season, but the vote happens at the national convention.

On the first ballot, a candidate needs 1,991 votes from pledged delegates to win. If no one gets a majority, they vote again, and that's when "superdelegates" get in the mix. Superdelegates are party leaders and elected officials, and they can vote for whoever they want. There will likely be 771 of them.

So to win the nomination on the second or any subsequent ballot, a candidate needs 2,375.5 votes. That number is not rounded up because some superdelegates only get a half vote. The Democratic National Convention is set for July 13-16 in Milwaukee.