Voters have positive experience at polls, despite some issues

Voters have positive experience at polls, despite some issues 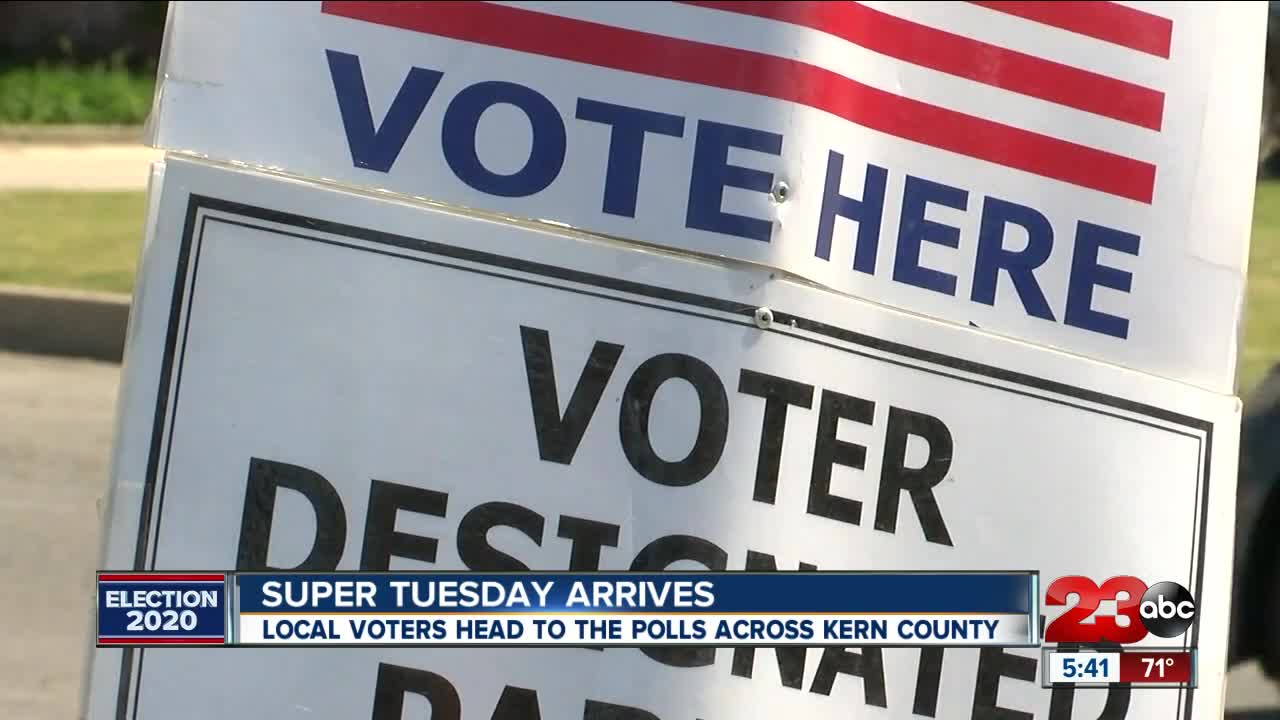 BAKERSFIELD,Calif. — Super Tuesday is in full swing with 100 polling locations in Kern County. 23ABC was made aware of a few problems in the process, including voters delayed in casting their ballots and a not fully locked ballot box.

Voters say overall their polling experience has been positive.

"It's good here and everything is working well, they know what they were doing," said Lou Lopez, a local voter. "I had to ask for a special ballot and they had it ready for me."

Not all voters in Kern County had that same feeling on Super Tuesday.

Kevin Blanton and his family have been voting at Northminster Presbyterian church for the past several years. His family treats Super Tuesday as a family tradition.

"I mean I felt robbed, they are making it really hard to vote, and I want to get my vote heard like everyone else," Blanton said.

Today their tradition was interrupted by an unexpected polling issue.

"So I went to two different tables and they said, my name is not on the list anywhere," Blanton said. "Then they asked me if I have gotten a new ID with the bear on it. He said if you did not check the bottom they automatically took you off the voting list and sent you a mail-in. The problem is I never got it."

Blanton says it took his daughter and him, an additional 20 minutes to fill out the necessary forms, to cast their ballots.

The two fear others may not wait to do the same.

"If I was just a normal person who just got turned away and wasn’t a determined person that I am to vote; maybe I wouldn’t have voted today," Heidelberger said. "It's so important to vote."

"I was very concerned about it for voters, so I called Congressman McCarthy’s office," Blanton said. "They said the California DMV had accidentally taken 600 voters off the list."

A few miles down the road, at Canyon Hills, a voter informed 23ABC that a ballot box was not fully fastened.

It was quickly addressed and the voter felt satisfied by the polling stations' response.

23ABC reached out to the Kern County Elections office and they released this statement.

“We were notified of a ballot box that was not fully locked this morning. The polling site supervisor immediately locked the ballot box without ever opening it. There have been at least two poll workers monitoring the ballot box since the first vote was cast and at no time was the ballot box left alone. This incident was rectified quickly and in no way did it compromise the integrity of the Election.”

Despite the incident voters overall tell 23ABC their voting experience was smooth and orderly.

"Everything went pretty smooth here and pretty easy to come over here and vote," Victor Gaona, a local voter. "It just took a few minutes."