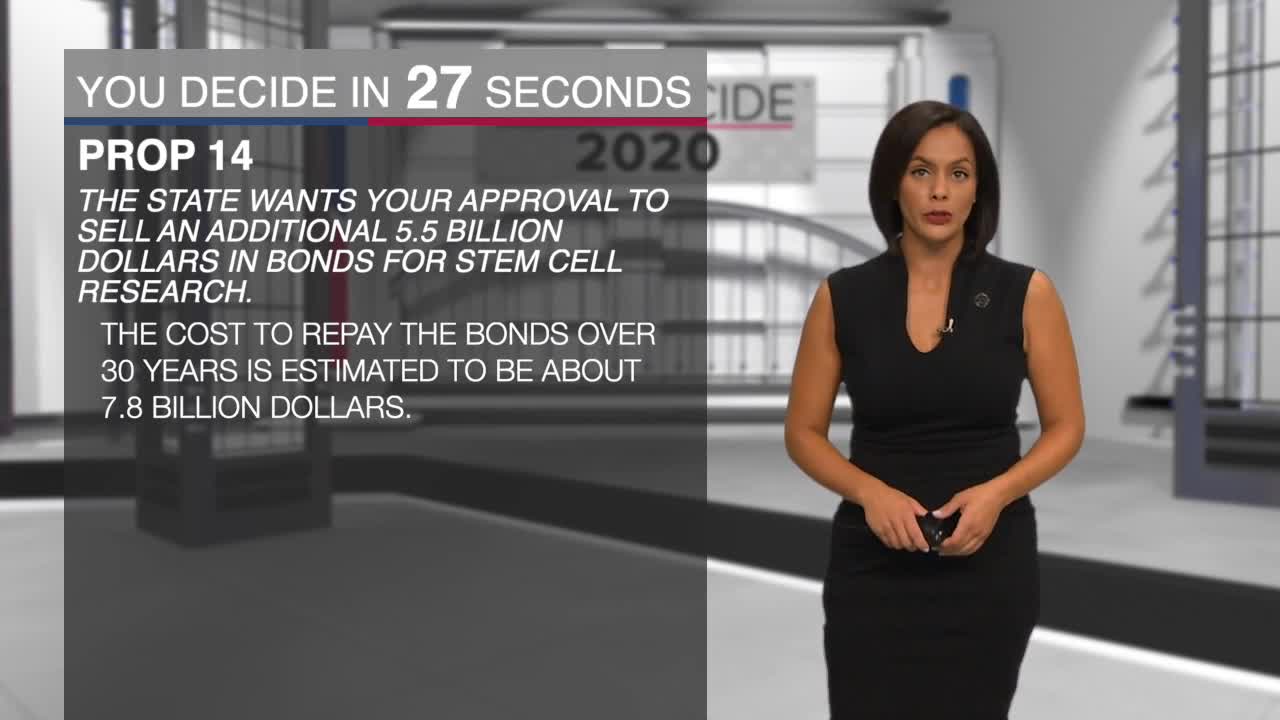 In 2004, voters approved Prop 71, allowing the state to sell $3 billion in bonds to fund stem cell research. That funding is going to run out and now the state wants your approval to sell an additional $5.5 billion in bonds. The cost to repay the bonds over 30 years is estimated to be about $7.8 billion.

Supporters say the research has shown results and could develop treatments for things such as Alzheimer's and dementia.

The opposition says there's not enough oversight of how the money is spent, and funding the research should be left to the federal government or private investors.