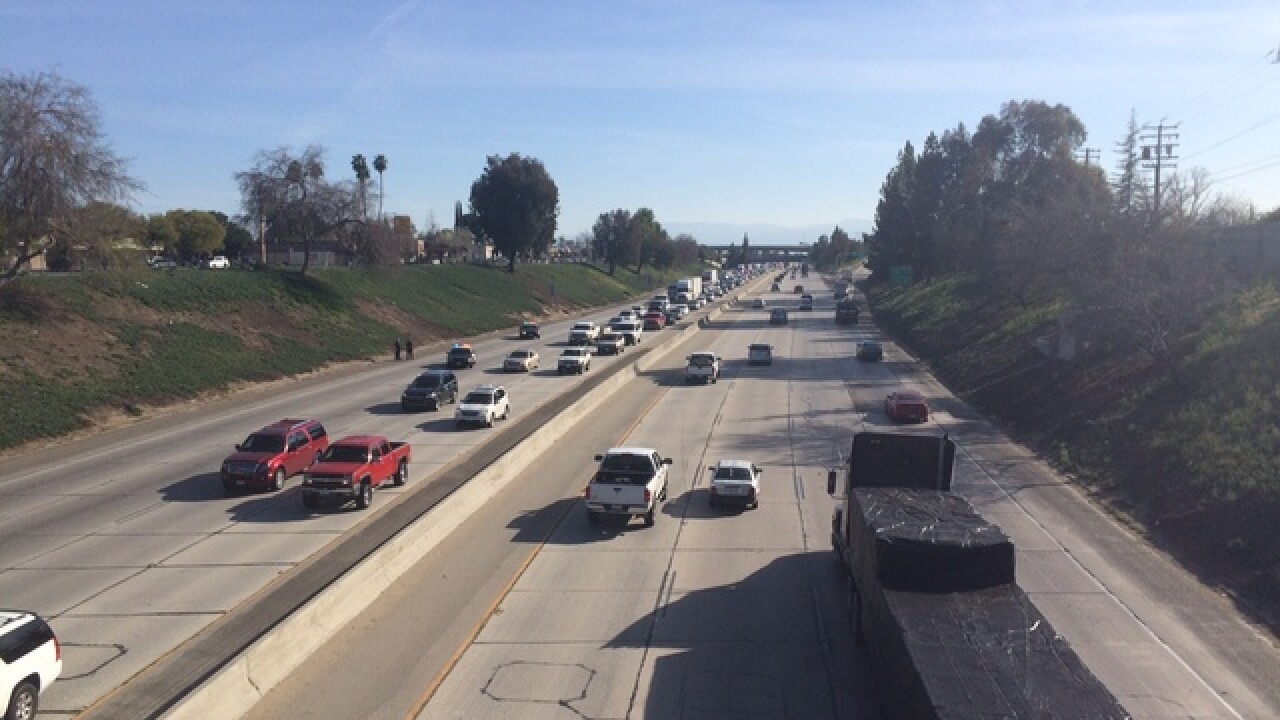 BAKERSFIELD, Calif. — If you travel through Bakersfield on the 99 freeway, you've no doubt seen that there's been plenty of construction as of late.

Caltrans has been working on the freeway as part of its "Bakersfield 99 Rehab Project," and this week commuters will start seeing more changes.

"We appreciate the patience that commuters are showing. This is a process. Construction is always a process and hopefully, once it's done they're going to see the benefits of that patience paying off," said Christian Lukens, a spokesman for Caltrans.

The benefits, according to Caltrans, are a completely resurfaced and rehabilitated highway 99. The closure will allow crews to repave the two outside lanes of the freeway near those two exits.

"Ultimately what we're hoping everybody's going to see is that brand new driving surface. It's going to be a much smoother ride, less wear and tear on vehicles traveling through the area," Lukens said.

There's good news too. The northbound Rosedale Highway exit will be reopening on Wednesday morning after a two-month-long closure. The new freeway construction comes as Caltrans continues to divert the fast lane of traffic on northbound Highway 99 to its own lane which does not have access to off-ramps between California Avenue and Olive Drive. Some Bakersfield commuters are growing tired of all the construction.

"I feel we more so try to avoid the 99 because it is kind of hectic on the 99 and it does slow our normal routes, and sometimes people kind of get confused in the traffic," said Bakersfield resident Makaela Harrington.

Caltrans reinforced that sentiment, reminding drivers to slow down and be cognizant of workers while driving through construction areas. Some fatal accidents as of late have involved semi-trucks.

"Being a truck driver, you don't want to die so just pay attention to what you're doing in construction zones," said Makaela's husband Brian Harrington, who is a truck driver.

"Give yourself a bit of extra time before you leave, and when on the roadway driving undistracted is key," Lukens said.