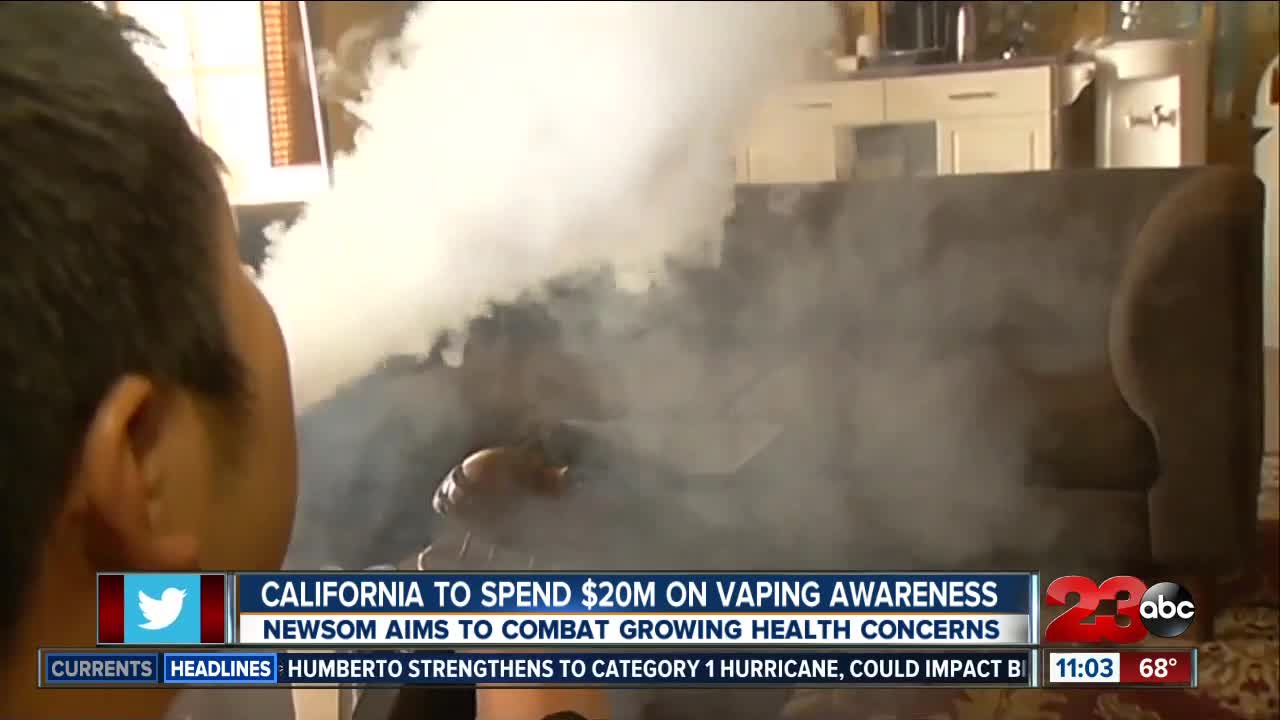 BAKERSFIELD, Calif. — A seventh person has died in the U.S. from lung disease related to vaping, this time to the north of Kern County.

Officials announced Monday that the latest death was in Tulare County. News of the death came just as California Governor Gavin Newsom announced that he's directing the state to spend $20 million on a public awareness campaign about the dangers of vaping nicotine and cannabis.

The governor is joining the leaders of other states across the country with an executive order designed to seriously curb the use of flavored e-cigarette products among teenagers.

"It's interesting in many cases that these pods hold substantially more nicotine than even traditional tobacco," he said.

Newsom also wants to explore taxing e-cigarette products based on their nicotine content. The governor's order comes after two other states, New York and New Jersey announced measures to restrict flavored e-cigarettes. In California, he cited at least one death and 63 cases of respiratory illness related to vaping THC or cannabis-based oils like CBD.

"A governor alone is not afforded the right, legally to ban these products outright, that we would need legislative support. Again, we're pushing the envelope. We'll see how far we can go," Newsom said.

Tulare County officials confirm the latest death was "related to severe pulmonary injury associated with vaping." San Francisco based Juul labs has 75% of the e-cigarette market. The company did not immediately respond to Newsom's order but has indicated support for measures designed to reduce the use of Juul products among teens.

"In the next few weeks, the public should see a swell of ads that really target schools and families, parents and children directly," said Dr. Mark Ghaly, the Director of California Health and Human Services.

The death in Tulare County now makes two deaths reported in California. Others have been in Illinois, Indiana, kansas, Minnesota and Oregon. Health officials say they haven't found a definitive cause or a clear connection between the cases.