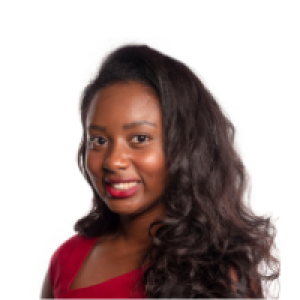 As it stands less than 30% of Kern County’s African American population is vaccinated, so 23ABC took a deeper look into why that is.

BAKERSFIELD, calif. (KERO) — As it stands less than 30% of Kern County’s African American population is vaccinated, so 23ABC took a deeper look into why that is.

Hill said the Delta variant is hitting his community harder than the first COVID wave but despite the availability of a vaccine there is still a fear to get vaccinated.

According to the 2020 census, African Americans make up 5.1% of the Kern County population which is 46,776 residents. Of that population, 4,999 have contracted COVID which makes up 3.7% of the total COVID cases in Kern County.

Yet of the 46,000 residents only 29.7% are vaccinated, across California it's less than 4.1%. Local and state leaders felt it was time to speak up.

Dr. Oliver T. Brooks, Chief Medical Officer, Watts Healthcare Corp., Los Angeles who served as a panelist on the vaccine hesitancy webinar on September 21 can credit some of that fear to how African Americans were treated throughout history.

“You learn from history to lead you in the present and guide you into the future so it's almost like PTSD African Americans have suffered a shock for 400 years so it's not just as simple as forget about it,” said Brooks.

Brooks said many African Americans reference the Tuskegee experiments now known as the United States Public Health Service Experiment as a reason to not get vaccinated.

In this experiment 600, African American men in Alabama took part in an experiment on Syphilis. The subjects were told they were receiving treatment for bad blood but actually received no treatment at all even after a cure for Syphilis was developed. When the experiment ended after 40 years 128 patients had died of syphilis.

But Brooks said that this is not the same thing.

“Very simply you were denied treatment during the USPHS study in Alabama here right now you are choosing to deny yourself treatment of an effective vaccine,” said Brooks.

“Reach one talk to one. It's got to be hands-on all hands-on deck social,” said Slade.

Although these leaders understood the fears around vaccine hesitancy within the African American population, they still encouraged all to get vaccinated.

But it isn't just the past that is affecting vaccine rates among African Americans. Social media has been a huge way to share information during the pandemic but some leaders argue that not checking where that information comes from is leading to more vaccine hesitancy.

Just recently the rapper Nicki Minaj tweeted: “My cousin in Trinidad won’t get the vaccine cuz his friend got it and became impotent.”

The tweet went on to list other symptoms that her cousin allegedly had. Immediately several people commented on the tweet some in agreeance of not getting the vaccine and others outraged that she would use her platform to post something like that.

Twenty-one-year-old California student Nicholas Buckwalter took part in the panel on why vaccine rates remain low amongst African Americans within California to give a student perspective.

“In terms of misinformation on social media that’s probably the thing for young people in terms of the vaccination that’s probably the biggest barrier," he said. "It's not really that we don't know where to get vaccines or that they’re free that’s pretty common knowledge I think the biggest barrier is quick bits of information on the internet that people don't really look into that don’t have sources that aren’t really valid."

The duo is pushing for all youth to do their research on the vaccine and to use reputable sources.