How are Kern County schools protecting students from potential threats? 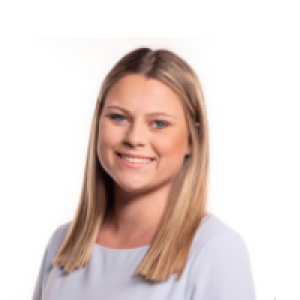 Heightened fences, security cameras, and 9-1-1 communication systems are just some of the safety measures all Wasco Union School District schools have.

Thursday morning the Bakersfield Police Department and Kern High School District investigated possible threats of violence against Ridgeview and Bakersfield high schools. Both threats were determined to have originated outside of the state and did not appear to be specific to Bakersfield.

Heightened fences, security cameras, and 9-1-1 communication systems are just some of the safety measures all Wasco Union Elementary School District schools have.

“We’ve added 8-foot fences to our schools to make sure that students are safe inside. We discovered 5-foot fences weren't keeping too many people out especially high school students and 8-foot fences are a little more problematic,” said Superintendent Kelly Richers. “One of the things we did is change the door locks we had in the rooms so they could only be open for instance from the inside or with a master key. So if a teacher needs to lock themselves in a room with children they can do that and nobody in the building can get to them.”

Richers says the district has hired more counselors to be available to talk to students about mental health and has increased communication between parents and the school.

“Students and parents all have resources to turn to, refer to the school counselor if they are going through something,” added Richers.

Center for Safe and Resilient Schools and Workplaces co-founder Pamela Vona says aside from a counselor, it also helps for a parent to talk to their child about what emotions they might be feeling.

According to the National Child Traumatic Stress Network, a resource shared by the Kern County Superintendent of Schools, children and teens' reactions to a shooting can range from anxiety, sleep changes, and engagement in harmful habits.

That’s why Marleen Wong says it's important not only to have safety measures in place to make kids feel safe but adults like school counselors available to talk to students in need.

“Take time and establish trust. It actually helps change and alter the brain's function so that it's not in survival mode like fight or flight or freeze. They're stuck. But to actually create a safe environment. An understanding environment where the children can then... it helps them feel safe so that other parts of the brain, especially other parts of the brain, they take in new information that integrates very many emotions and coping skills that is a very significant first step.”

Meanwhile, Bakersfield Police Department Sergeant Robert Pair says he also urges parents not only to spend time with their children but to monitor their screen time. And if you come across a threat of violence on social media, make sure you immediately report it to law enforcement.

"We do urge the public and parents specifically to stay engaged with their kids to know their social media activity, to have earnest conversations with their kids about things that they see.”

Richers say between school safety measures, and families checking in with their kids at home, he feels like the schools are prepared for most events.

The Kern County Superintendent of Schools also released a resource for the community on how to talk about school violence with your kids.