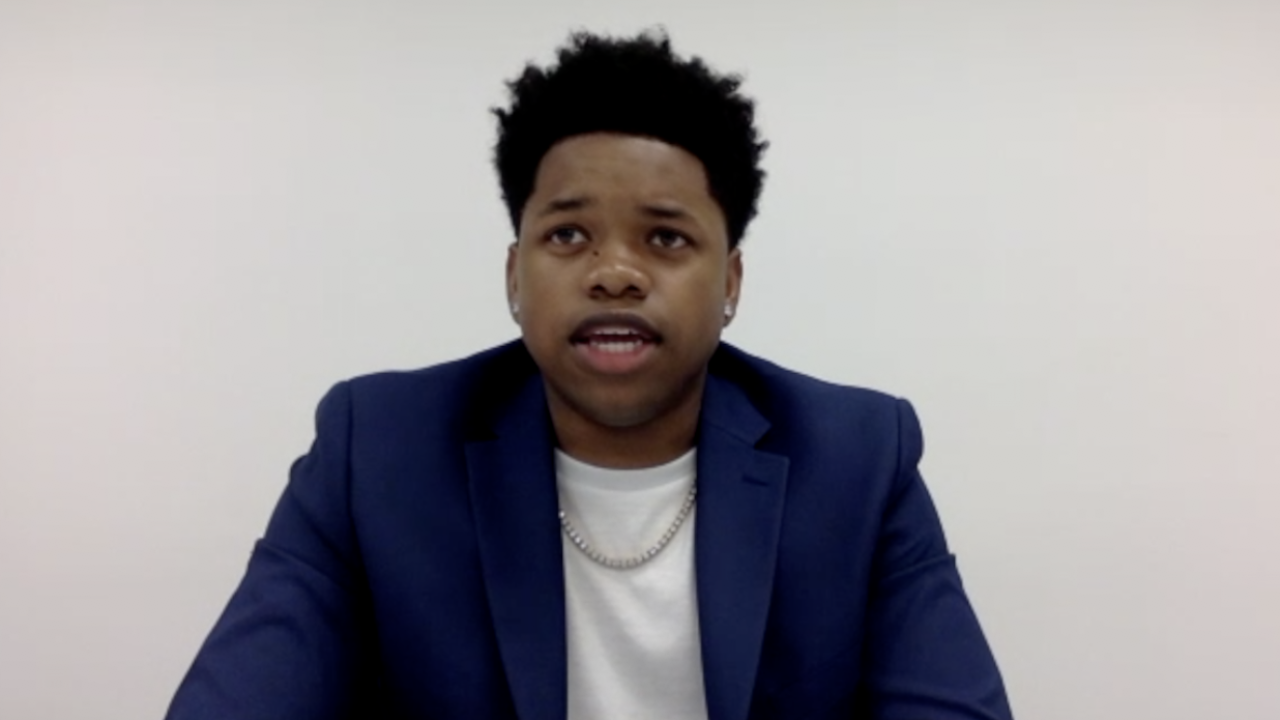 BAKERSFIELD, Calif. — In 2019 23ABC first told you the story of paralyzed Independence High School Football Coach Tyler Schilhabel, who claimed he had no choice but to scoot on his bottom all the way off his United Airlines flight because the airline failed to provide him an aisle chair. Now the airline is back in the spotlight, but this time for claims of racial discrimination.

23ABC's Tori Cooper had an exclusive interview with actor Nathan Davis Jr. who said he was humiliated on a United Airlines flight back in January and now wants to see change.

Davis has more than 8.5 million followers on social media and is well known for his roles in hit shows and movies like Detroit, Criminal Minds, Glee, Nickelodeon and many more. He said none of that mattered when a flight attendant chose to racially profile him on a United Airlines flight and accuse him of having a gun.

In cell phone video taken by Davis and shared with 23ABC News, you can see Davis walking off a flight, and then you can hear the flight attendant accuse Davis of having a gun in front of all of the United Airline passengers and crew. Davis said this is the moment that reshaped his whole life.

“I never thought that a situation like that would ever happen to me."

In an exclusive on-camera interview with 23ABC News, Davis, who once sang alongside Justin Timberlake in a national campaign, said in January he was heading to Nashville to perform for Canadian musician David Foster's daughter when the flight attendant accused him of having his music too loud during taxing.

“And then she comes over and she’s like, 'hey your music, your music is loud can you turn it down.' So I’m like OK, cool I’ll just turn it down,” Davis explained.

He said after that the couple sitting directly next to him told him they couldn’t hear his music and that they believed the flight attendant was “singling him out.”

“She comes again and I pause it. This time I pause it to see if she was like bothering me and she comes over. She just starts mocking me, like 'can you hear me! That’s your problem!'” Davis said.

He said the attendant became angry, picked up the attendant phone in the back of the plane and that’s when he began recording on his phone. In the video obtained by 23ABC News Davis said: “She’s literally calling the cops on me for listening to music on my headphones. No one can hear me,”

Shortly after that, he said the pilot announced to the entire plane that they were turning the plane around to remove a passenger. Supervisors escorted him out and Davis said that's when he was greeted by the pilot.

In the additional video also obtained by 23ABC News, you can see Davis filming outside of the plane with several airline staff members around him. Moments after that video ends, Davis said the pilot assaulted him.

“His whole thing was, 'I don’t care. Get off my plane. I don’t want you on my plane. Like you have to leave.' And I just start recording him. Then he actually attacks me you know. He jumps on my back. He’s grabbing at my wrist trying to grab my phone and he does it twice.”

Davis called it a dehumanizing and traumatizing experience that many are now protesting nationwide in light of the death of George Floyd.

“When she says 'oh he has a gun.' And for her to just say that. She just didn’t care about my life.”

Davis said he is hoping his story sparks change in flight policies, furthers company racial education, motivates others to say something if they see discriminatory acts that can lead to violence. He also said he hopes that it inspires everyone to think before they act.

23ABC News reached out to United Airlines for a comment on the matter and we received the following response from Matthew Parsons, Manager of Communications for United Airlines: "While we cannot comment on active litigation, ExpressJet does not tolerate racism and we are investigating this incident to better understand what occurred onboard our aircraft in December.”

Davis said he’s thankful that he had his phone to capture the video. He also said regardless of this situation he just hopes people can let go of the stereotypes surrounding black men in society.