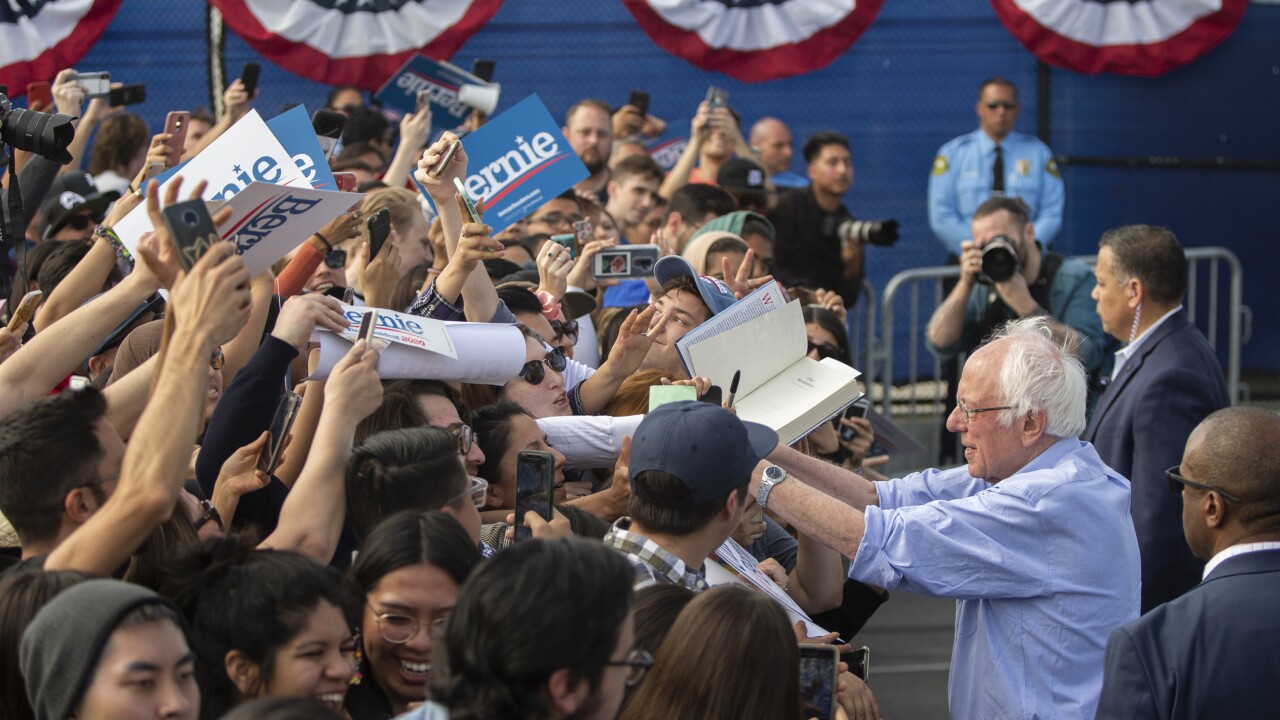 LOS ANGELES, Calif. — Bernie Sanders is hoping for a big win in Tuesday's California primary, but he'll be tested by a Democratic field significantly altered just before election day.

Amy Klobuchar and Pete Buttigieg are backing Joe Biden after dropping out of the race. It reflects an urgent push among moderates to consolidate behind the former vice president to counter the ascent of Sanders, a self-described democratic socialist.

Sanders capped his primary campaign in the state with the most delegates with large rallies Sunday in Los Angeles and San Jose. Biden is expected back in California on Super Tuesday, when 14 states hold presidential contests.