What is a 'gig worker' and the 'gig economy'? 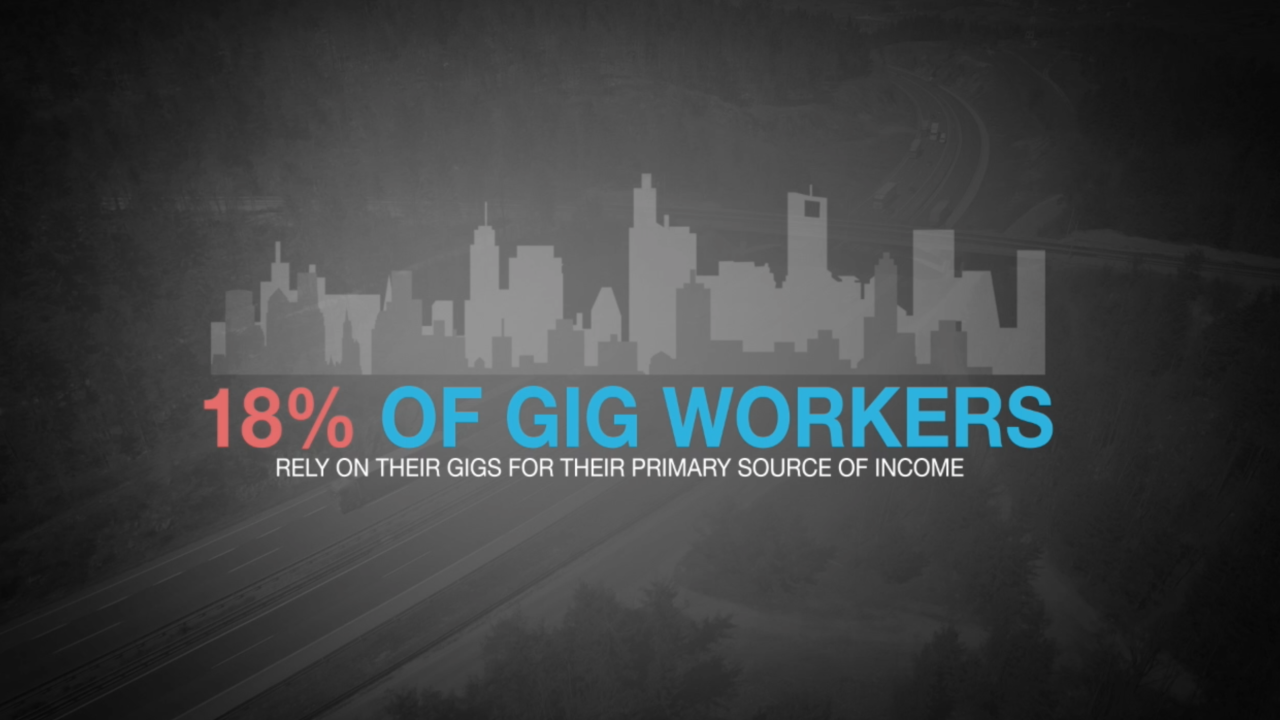 BAKERSFIELD, Calif. — California Governor Gavin Newsom signed Assembly Bill 5 in September, which makes companies classify certain workers who might be considered "gig workers" as employees. But many may be asking the question: what exactly is a 'gig worker' or the 'gig economy'?

23ABC reached out to Associate Professor of Economics at California State University, Bakersfield Richard Gearhart to dig deeper into definitions and what this new bill will mean for this area of work and the country's economy.

A gig worker is an independent contractor or a person who is hired for contractual work, instead of a fixed time period in months or in years, so its generally for projects or short time periods.

The gig economy is made up of temporary positions, so the contracts or the projects. Organizations hire independent workers for short term commitments.

Workers and businesses who connect via websites via apps and have no face to face connection.

Professor Gearhart stated typically, as the gig economy, people think of rideshare, app drivers, some physician assistants, and for some highly skilled workers it would be extra hours on the side, and possibly some freelance journalists picking up a story or two or a comic or two on the side, its traditionally a second job.

Professor Gearhart shared the positives of being a gig worker in the gig economy.

Richard Gearhart - Positives of being a gig worker

Gearhart also shared what he thought the negatives are for being a gig worker in the gig economy.

Richard Gearhart - Negatives of being a gig worker

"It would be like Disney filling those summertime slots but in this case they bring them in for specific hours on specific weeks instead of having those contracts where they might provide some training and some health benefits." continued Gearhart.

And while there are positives and negatives to being a gig worker in the gig economy, California passed a new law, one of the strictest in the country, that makes independent contractors be classified as employees, which brings different problems.

Under AB-5, workers would be considered employees and not independent contractors if the employer controls the work, directs them in the course of their work, or if the worker's job is part of a company's core business.

And as Gearhart said before, the gig economy is only growing where there is sufficient consumer demand.

"The downside of making them full-time employees is this leaves employees with dead time, unproductive time, when they could maybe be doing something else, maybe another gig job. If they become full-time workers they might have a set work schedule even if no consumers are there." said the Professor.

Richard Gearhart added that the bill could potentially also bring hardships for the economy.

In the area of gig workers' rights, Gearhart helped us break it down into two different types of independent contractors. Those who do it as a side gig who already have a nine-to-five job, and those who use it as a full-time employment opportunity.

For those using it purely as a 'gig', Gearhart said it is no different than doing some chores around the house, they may just have a desire to step out of their normal day job, as an example: a freelance newspaper journalist, they are donating their time. Which Gearhart thinks means they should have the freedom to stay independent.

But the people, Gearhart believes, we want to support, are the workers who are maybe at the poverty line and this is their full-time job. For these occupations, that's when a lack of health insurance and benefits given to employees, could lead to poverty issues if the consumer demand went away.

Companies reactions to the bill

Governor Newsom signed another bill, AB 323, granting a one-year extension for newspapers to comply with AB 5, which means newspaper carriers will be classified as full-time employees.

This gives newspapers time to make the switch, while nationwide, advertising revenue has declined by more than half over the past seven years, dropping from $25 billion in 2012 to $11 billion in 2019. The coronavirus pandemic has worsened the situation.

While companies like Uber and Lyft almost had to shut down due to AB 5. Around the end of August this year, the two companies got a reprieve after an appeals court agreed they can keep operating the way they are for the time being.

Uber’s CEO, Dara Khosrowshahi, wrote an op-ed for the New York Times stating the company agrees gig-workers should be treated better, but disagrees with singling out ride-sharing companies and the wording of the new law that would limit flexibility.

“Our current employment system is outdated and unfair. It forces every worker to choose between being an employee with more benefits but less flexibility, or an independent contractor with more flexibility but almost no safety net. Uber is ready, right now, to pay more to give drivers new benefits and protections. But America needs to change the status quo to protect all workers, not just one type of work,” Khosrowshahi’s op-ed states.

Lyft and Uber asked an appeals court to issue a stay, to allow them more time to challenge or comply with the law. The appeals court will hear arguments on October 13.

The companies are also pushing an initiative on California’s November ballot, called Prop 22, that would grant them an exemption from the state’s new law.

Future of the gig economy

The future of the gig economy is uncertain, and Professor Gearhart brought up some of his own possible solutions.

"The gig economy relies on free market interactions, so with the free market, if there's enough demand on the part of workers, they could actually start earning the non-wage benefits. The health insurance, retirement, and pensions, if consumer demand is there and if they decide that's important enough." expanded Gearhart.