Left-hander picked in 15th round of 2019 MLB draft 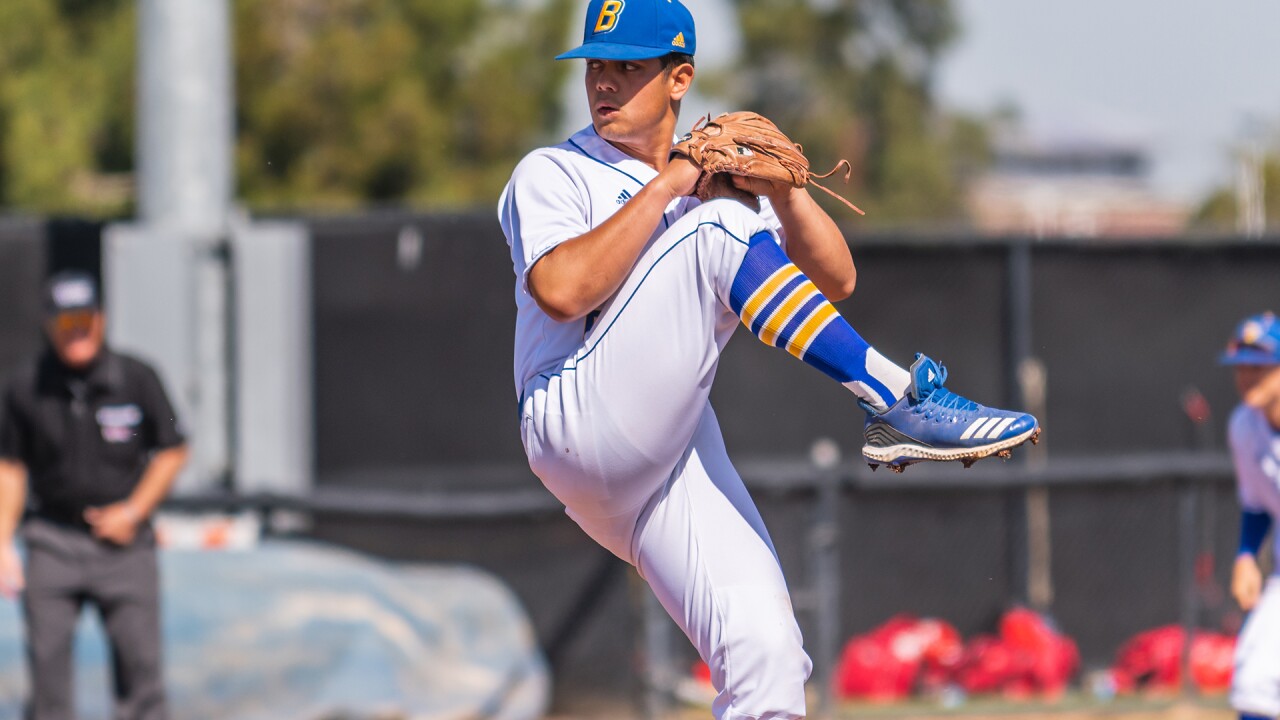 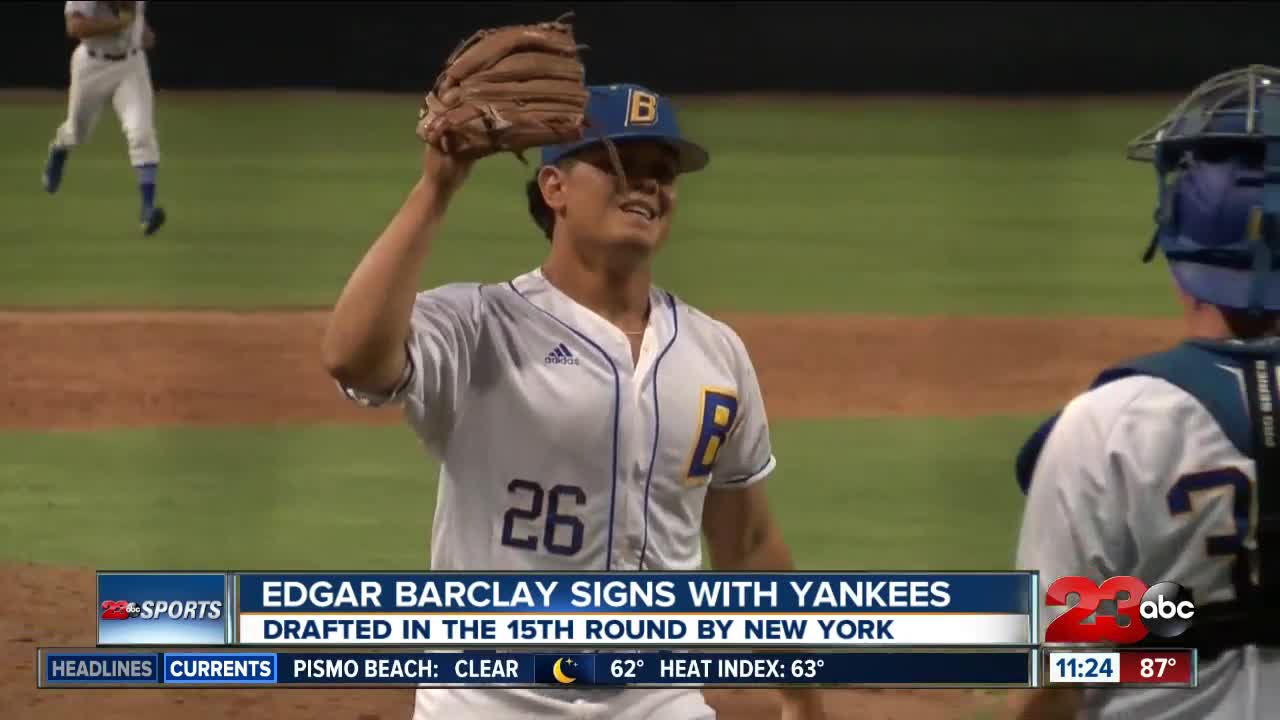 BAKERSFIELD, Calif. — Edgar Barclay is joining one of the most famous sports franchises in the world, having signed with the New York Yankees after he was drafted by the organization on June 5.

A left-handed pitcher, Barclay was drafted in the 15th round after pitching to a 6-4 record for Cal State University Bakersfield in 2019. As a junior this year, Barclay struck out 111 hitters in just 90.1 innings pitched.

Hailing from Hilo, Hawaii, the 5-foot 10-inch tall Barclay pitched just this past season for the 'Runners. He also pitched at Central Arizona College and GateWay Community College before coming to Bakersfield.

There's no word yet on how much Barclay signed for.

Barclay is one of three CSUB baseball players drafted last week. He's also the first to sign with his respective drafting team.

First was junior pitcher Darius Vines in the seventh round by the Atlanta Braves, making him the highest player ever drafted out of CSUB. Barclay was next in the 15th, followed by senior catcher Jake Ortega, taken by the New York Mets in the 27th round.