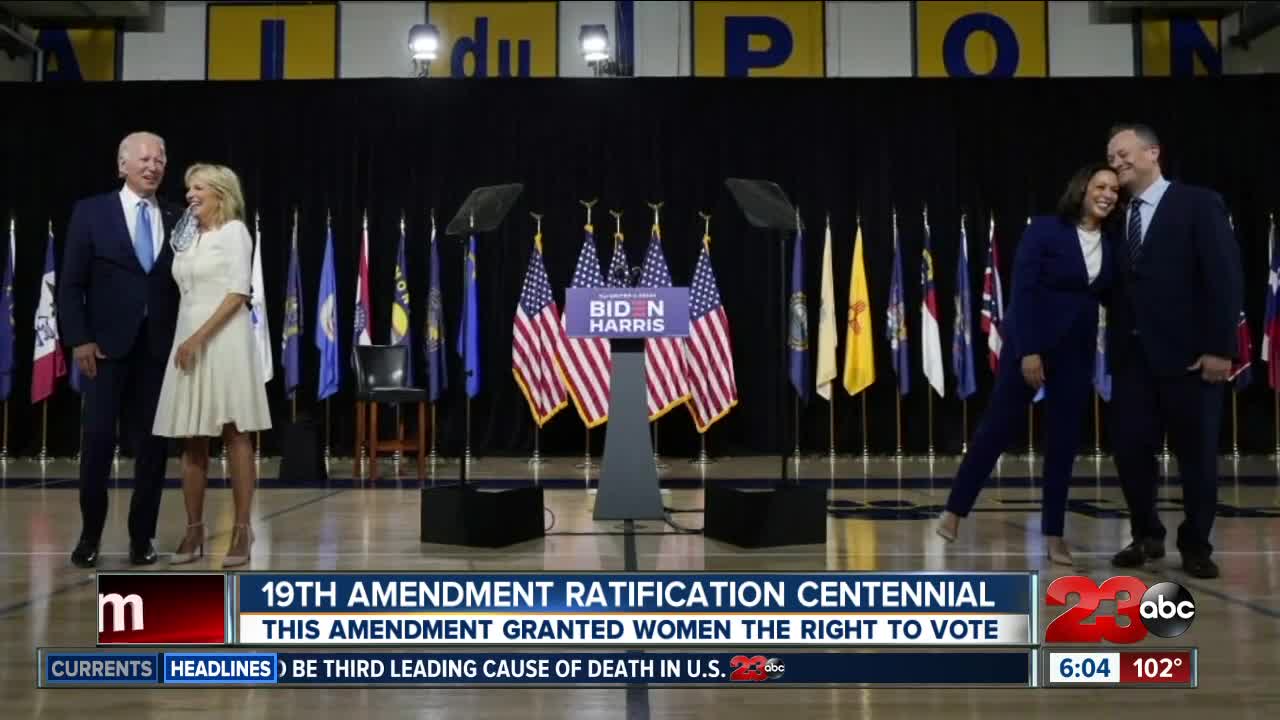 Local democratic women leaders speak with 23ABC about what women voters want to see as they head to the polls this election.

BAKERSFIELD, Calif. — Tuesday marked the 100th anniversary of women’s suffrage. On August 18, 1920 the 19th Amendment was ratified and the United States Constitution finally allowed women the right to vote.

"The fact that there were social norms created around the idea that women shouldn't engage, and that people of color and black people shouldn't engage, I think really speaks to how important the vote actually is," said Ivy Cargile, a political science professor at California State University Bakersfield.

On this day Tennessee became the last state to ratify the amendment, which officially made it a federal law. Every year the anniversary is remembered across the nation. While still a historic victory that opened the door for many women voters, Cargile said it wasn't until the 1960's when all women were truly enfranchised to vote.

But now in the same year as the centennial anniversary of the amendment, Kamala Harris has become the first female candidate of color on a major ticket. Here in Kern County, democratic female leaders said they believe that in this election women want to see two major issues addressed. The first being the pandemic.

But they believe childcare isn't the only issues impacting women during the pandemic, finance is also a priority. Xochitel Garcia, a member of Democratic Central Committee, said she wants to see economic recovery.

"The unemployment rate has sky rocketed due to pandemic. We are dealing with a pandemic that we were not prepared to deal with. The Trump administration decimated the pandemic response team. So, I would like to see at least some ideas. I get that we are in uncharted waters but I'm ready to hear ideas on how we're going to move forward financially. How we're going to move forward socially in overcoming this pandemic," said Garcia

The second issue brought up by these women is the lack of unity across the nation. Robin Walters, president of Democratic Women of Kern, believes what will make women and everyone come out to the polls this year is addressing not only the pandemic but saving democracy.

"The concern about our democracy. The concern about things like the Post Office. We should not be having a discussion about the importance of the Post Office. We need to get to the polls to save our Post Office? Who would've thought? This is how people get their medications, veterans are getting their medications. This is not a partisan issue, and that's why I think it was particularly powerful last night. I can not remember another convention where you have people from both parties who are speaking on the democratic stage, and that is a powerful thing. I'm hopeful going forward that there is more that unites us than divides us," said Walters.