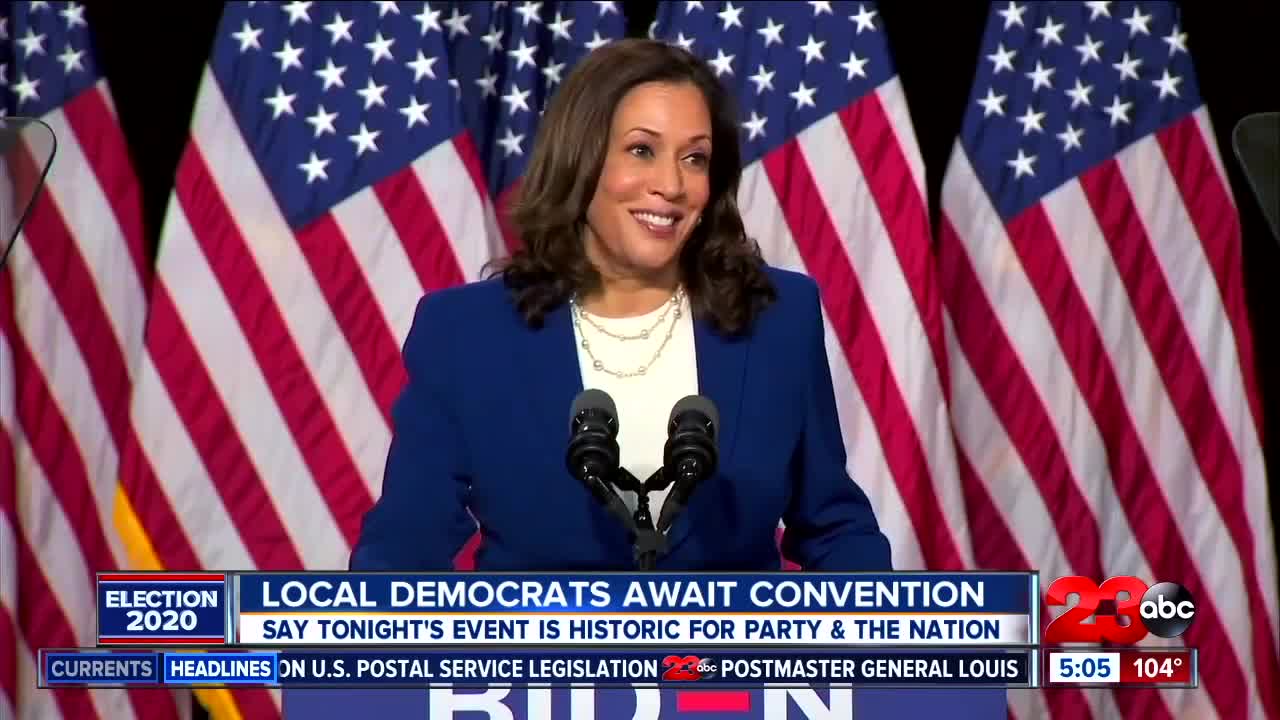 Local democrats talk about what Kern County voters expect to hear throughout the DNC.

BAKERSFIELD, Calif. — The COVID-19 pandemic has kept speakers and delegates from traveling to the Democratic National Convention this year. Instead The DNC which was supposed to be held in Milwaukee will be hosted virtually. Including when delegates cast their nominating votes remotely during the convention.

The expected party nominees, former Vice President Joe Biden and his running mate Kamala Harris, will both be remote when they accept the nomination.

Monday's speakers are expected to tackle three main topics on the forefront right now. The COVID-19 pandemic, the economy and racial injustice. 23ABC reached out to get local perspective on what Kern County voters feel is important.

Ivy Cargile, assistant professor of political science at California State University Bakersfield said, with the November election being just 77 days away, she believes Kern County voters want to hear how a Biden and Harris ticket will pull the country out of what she calls an economic catastrophe.

"I think folks in the Central Valley, Bakersfield and Kern want to know, how will me voting for you help me in my current situation?... We need to hear a plan. It's not just about voting against Trump and the Trump administration. The democrats need to provide a message of what are the solutions," said Cargile.

Jesse Aguilar, who is a delegate representing the 23rd Congressional District for the DNC, said democrat leaders need to show voters the potential for real change, and that Biden and Harris can unite America. But also provide a plan to lift the country out of the pandemic.

"I think the democrats really need to show a way forward and out of this pandemic. One that first acknowledges that it's actually existing. That people are actually dying and hurting because of it, and people are being hurt economically because of it," said Aguilar.

Meanwhile Christian Romo, who is the chair of Kern County Democratic Central Committee, agrees the main issue should be the plan to tackle covid. But he believes voters also want to address the inequalities in communities of color.

Cargile also stated that she believes the upcoming election is going to be historic.

"We have an official woman and a woman of color, an African American and Southeast Asian woman as the Vice Presidential nominee. So, if the Biden, Harris ticket gets elected the United States gets its first female Vice President, which if it happens in 2020, would be so symbolic given that 2020 is the centennial anniversary of the 19th Amendment, allowing women the right to vote."