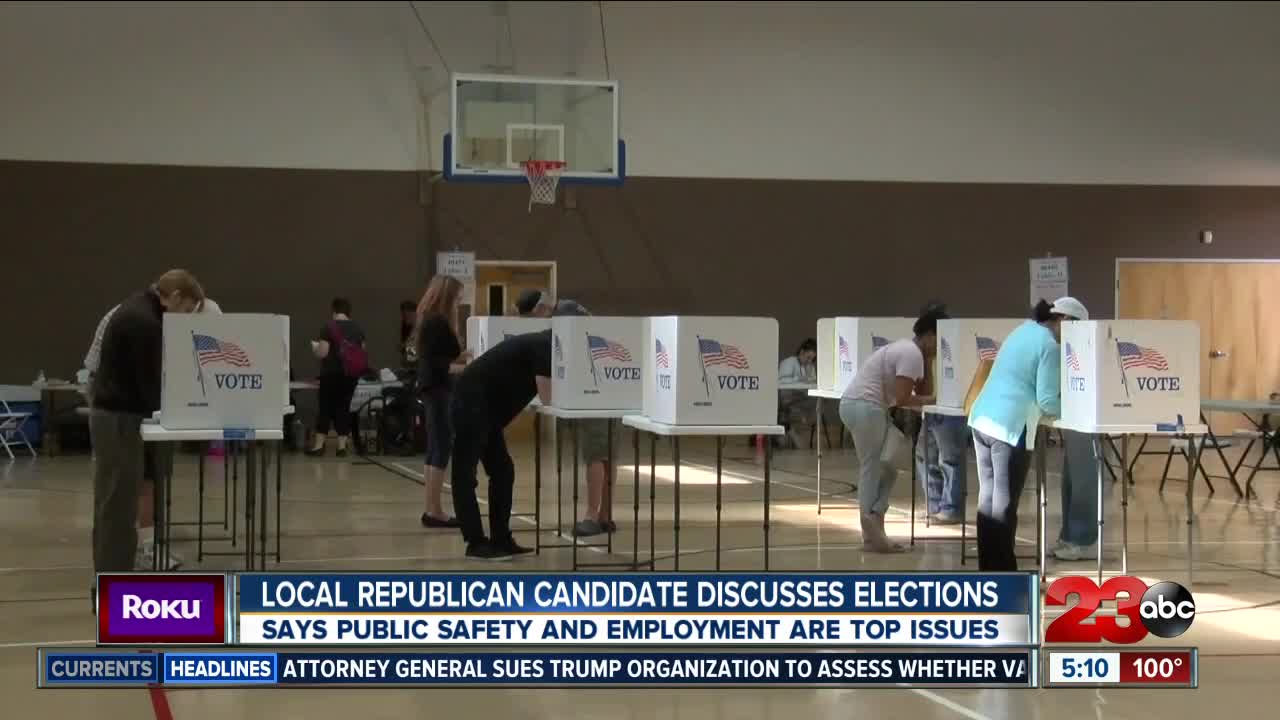 BAKERSFIELD, Calif. — On Monday 23ABC spoke with Todd Cotta, who is running against incumbent Rudy Salas, for the California State Assembly to represent district 32.

Cotta said during the 2020 Republican National Convention he is looking forward to hearing from people not politicians.

"We're not going to have a whole bunch of politicians and a bunch of blow hards up there. It's going to be every day people talking about their experiences and what they feel this country can do better in the future," said Cotta.

He also believes the upcoming election is going to be one of the most politically divided.

"I do believe, and I hate to say this but it's going to be a land slide victory for Trump because the Midwest and the South are done with burned cities and they're done with democrats," said Cotta.

He adds that this election will be about three main priorities. The first priority he said is the issue of public safety.

"Number one is public safety. With my 21 years of experience as deputy sheriff, I understand how it should be in this state. And how they are purposefully taking away safety in the name of justice and we have to protect our public safety. We have to make sure that it's funded correctly, and make sure they have the tools they need to do their job so people can feel safe in their own homes," said Cotta.

"We've lost our airline industry, we've lost now our automotive industry. We've lost all these things in California that made California great. Now all the sudden they're gone and we have no jobs. We have no good paying jobs, unless you live in Silicon Valley or you live in Los Angeles, which the cost of living there is unreal. Jobs are a huge thing and Sacramento and Gavin Newsom and the supermajority and the Assembly and the Senate are doing nothing but tearing jobs out of this state and we have to stop that," said Cotta.

Lastly, Cotta said school choice is a major concern and believes parents should have a say when it comes to where kids go to school and what they learn.

"Charter schools, home schooling and school choice. Those three things are vital. If we are not allowed to raise our kids the way we want to and not be indoctrinated by the state we need to have school choice," said Cotta.